Bengaluru Woman Duped of Rs. 2.48 Lakh by a Man Who Befriended Her on A Matrimonial Site

After receiving repeated complaints about the online fraud instances recently, the cyber police of Bengaluru has started the investigation 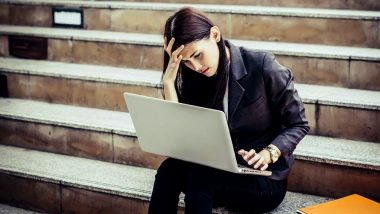 Woman duped by an online friend with Rs. 2.48 lakh in Bengaluru

Bengaluru, July 6: With recent rising instances of online shopping fraud cases, a unique online fraud has been reported in Bengaluru. In a recent fraud case, a 32-year-old woman was duped by her online friend of Rs. 2.48 lakh as per a news report in Times of India. The report mentioned that the woman became friend with the fraudster on a matrimonial web portal meant for divorcees. The accused claimed himself to be a UK Businessman and on the pretext of marrying her, cheated her of Rs. 2.48 lakh.

The report further mentions that the man lied to the woman about a gift he had sent to her through parcel. But since the gift is expensive, she has to shell out a sum of Rs. 2. 48 lakhs to clear it from the customs.  Falling prey to the false claims made by the man, the friend-turned-lover transferred the money to his account. However, neither was the gift delivered to her place nor did the man came in contact with her ever again.

In a similar case, another man fell prey to a fraudster who told him that he had won a gift worth Rs. 1 crore, however, to claim the gift he had to pay to the customs to get the clearance. The man paid the accused Rs. 1.66 lakh which he never got back.

After receiving repeated complaints about instances of online fraud recently, the cyber police of Bengaluru has started the investigation, to track the fraudsters who are taking help of online sites to dupe people.

(The above story first appeared on LatestLY on Jul 06, 2018 03:23 PM IST. For more news and updates on politics, world, sports, entertainment and lifestyle, log on to our website latestly.com).