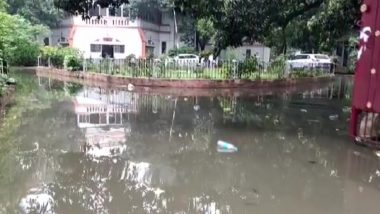 Visuals shared by news agency ANI showed the logged rain water entering into the residential premises of Yadav. Ankle to knee height water was seen in the compound and parking lot of the Minister's house.

Bihar recorded the death of 96 persons on Thursday due to lightning. 24 others were also reported to be killed by the lightning strikes in neighbouring Uttar Pradesh.

(The above story first appeared on LatestLY on Jun 28, 2020 03:49 PM IST. For more news and updates on politics, world, sports, entertainment and lifestyle, log on to our website latestly.com).