Bihar: Doctor Attacks Wife With Blade After She Allegedly Refused To Establish Sexual Relations With His Friends in Gaya

A medical officer posted in a government hospital in Bihar's Gaya allegedly attacked his wife with a blade, police said on Saturday. The woman has alleged that she was attacked after she refused to establish sexual relations with his friends. 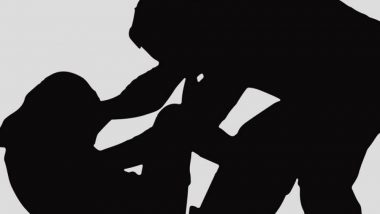 Patna, August 28: A medical officer posted in a government hospital in Bihar's Gaya allegedly attacked his wife with a blade, police said on Saturday. The woman has alleged that she was attacked after she refused to establish sexual relations with his friends. The victim sustained stab injuries on the chest and hands and was admitted to the Sadar hospital in Nalanda district. The incident occurred in the victim's in-law house located in the Sohsarai village in Nalanda district on Friday.

In a complaint to police, the victim said that she had married the doctor in 2006 and has a 13-year-old daughter and 11-year-old son. "Our married life was running smoothly for the last 13 years until my husband was appointed as medical officer (MBBS doctor) in a government hospital in Gaya. Since then, his behaviour started changing. He used to invite his friends into the house and also applied pressure on me to establish physical relations with them. When I refused, he used to beat me," the victim said in the complaint.

"Such a situation arises almost every month. I learnt that my husband has an extra marital affair with a girl. He wants to make my objectionable video film with his friends so that he could make allegations against me and assassinate my character," she said.

"On Friday, he attacked me with a blade after a brief verbal duel," she said. On the other hand, the victim's father-in-law also gave cross complaints against her brother. He alleged that her brother had allegedly beaten his son.

"We have registered an FIR under IPC section of attempt to murder against the victim's husband. The victim has sustained stab wounds on her chest and hand. We have also received complaints from the victim's father in-law. The matter is being investigated from all angles," said Sanjay Kumar, investigating officer of this case.

(The above story first appeared on LatestLY on Aug 28, 2021 10:33 AM IST. For more news and updates on politics, world, sports, entertainment and lifestyle, log on to our website latestly.com).