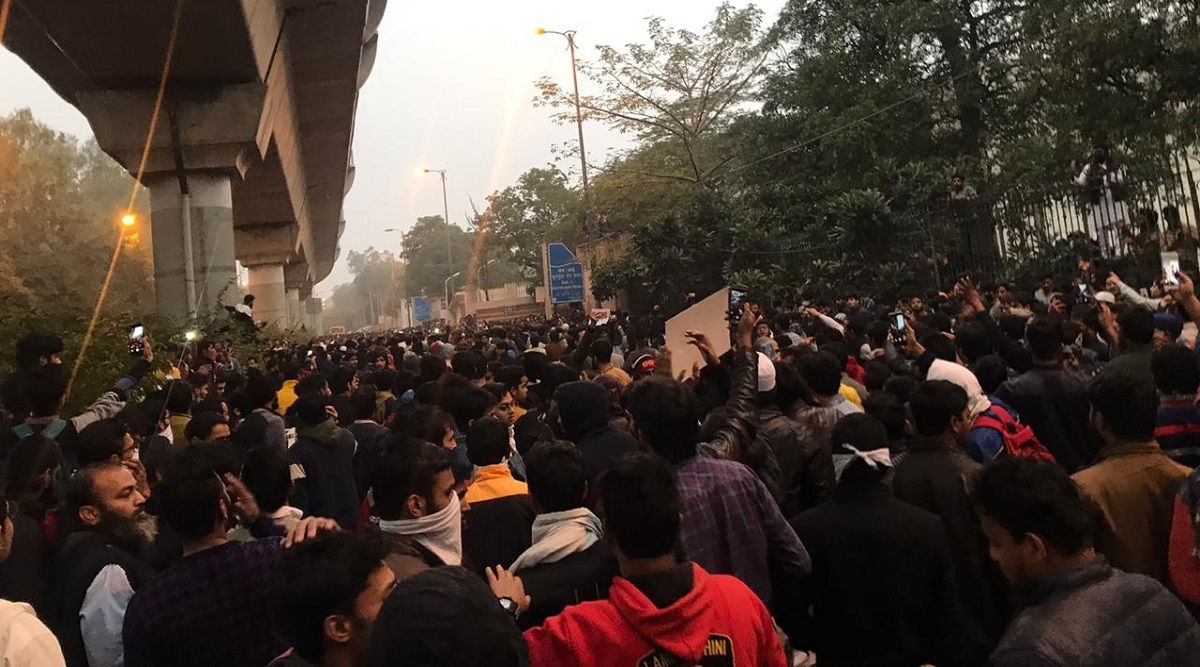 New Delhi, December 13: A march by Left-wing students belonging to Jamia Millia Islamia university to Parliament turned violent on Friday after Delhi police in a bid to stop the protest lathi-charged the protestors. The students belonging to the All India Students' Association (AISA) were protesting against the Citizenship Amendment Bill, which has now become a law. Several media personnel were also injured in the students-police face-off.

Around fifty protestors have been detained and taken to Jaitpur and Badarpur police stations. "Initially, minor force was used to disperse the protestors, but within minutes the crowd returned with stones in hand. Many of our men have been injured in the stone pelting," said a senior police officer.

The students, however, blamed the police for the violence as they said that lathi-charge and teargas were used on the protestors without any provocation. "The police launched an attack on us and teargas was used frequently," said Meharban, a student of the Jamia Millia Islamia.