Cloudburst in Jammu And Kashmir: 6 Dead, 40 People Missing in Honzan Village of Kishtwar 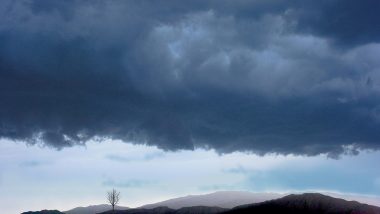 Jammu, July 28: Six people died, five were injured and 30 to 40 went missing on Wednesday when a cloudburst hit Jammu and Kashmir's Kishtwar district.

Shafqat Hussain, Senior Superintendent of Police (SSP) Kishtwar told reporters that six bodies have been recovered while five were rescued in an injured condition after flash floods were triggered by cloudburst that hit Honzan village in Dachan area of Kishtwar district. Cloudburst in Jammu And Kashmir: 4 Bodies Recovered From Debris, About 40 Missing in Kishtwar’s Honzar Village.

"The injured have been shifted to hospital. 30 to 40 people are still missing. Rescue teams have to cover 25 kms of motorable road and 15 kms of trek to reach the place.

(The above story first appeared on LatestLY on Jul 28, 2021 10:02 AM IST. For more news and updates on politics, world, sports, entertainment and lifestyle, log on to our website latestly.com).