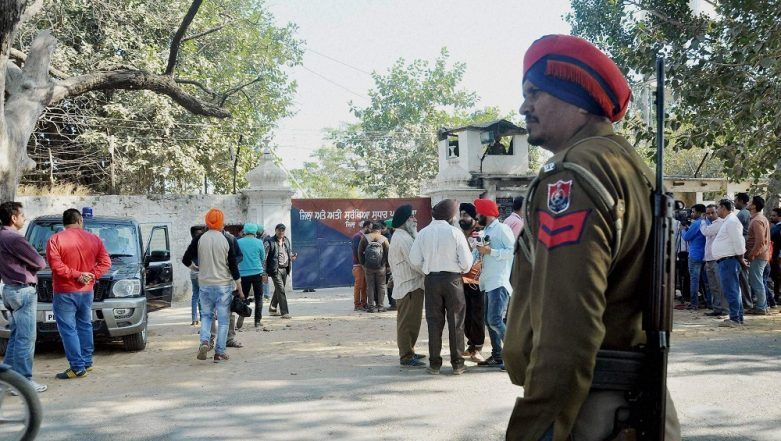 Chandigarh, July 7: A day after a video of Dalit women being thrashed and abused by them went viral on social media, Punjab Police booked two persons in Faridkot. The police informed that the incident took place at Kotkapura in Faridkot over a family dispute on Thursday.

According to the police, the accused have been identified as Sukhdev Singh and Jaswinder Singh Jassi of Kotkapura, who have been booked under Sections of SC/ST (prevention of atrocities) Act and 355 (assault or criminal force with intent to dishonour person), 379 (theft), 323 (causing hurt), 506 (criminal intimidation) and 34 (act done with common intention) of the Indian Penal Code (IPC) at the Kotkapura city police station. Rapper Hard Kaur Accuses Mo Joshi of Assault in a Shocking Instagram Post, the Accused Denies Allegations Says He's Open to Investigation

The police informed that the matter belongs to a family dispute, as the victim Rani claims her husband is the son of her father-in-law’s second wife. With the passing of father-in-law, a dispute over property is on between his first wife’s children and her family and the matter is in court.

Briefing more, Rani said, "Sukhdev and his supporters dragged me and my family member from the shop. They pulled our hair, hurled abuses on us and thrashed us. When the crowd gathered hearing the noise made by us, they fled from the spot." Both the accused are absconding.