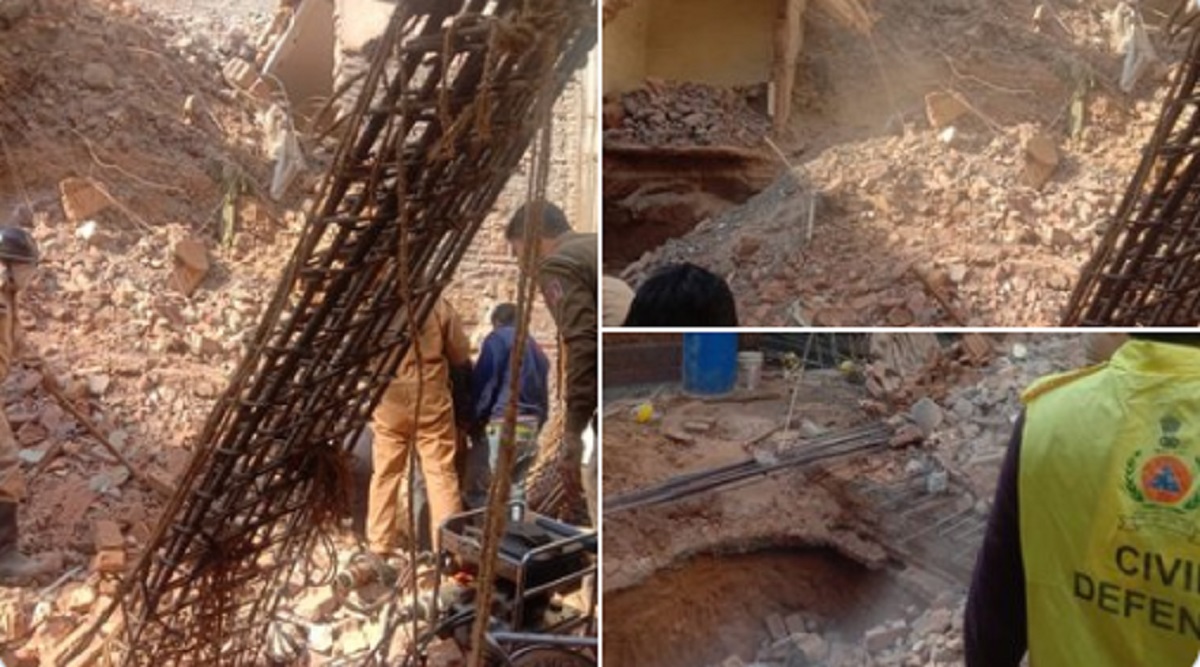 New Delhi, February 16: A case of building collapse was reported in Delhi on Sunday, with at least two victims feared to be pressed under the debris. The incident took place in Chittaranjan (CR) Park locality of the national capital, where a multi-storey house came crashing down in the afternoon. The fire brigade was subsequently pressed into action to minimise the casualties. Delhi: Fire Broke Out at Bengali Basti Area of Rohini, 12 Fire Tenders Pressed to Douse Flames.

The Fire Department officials, while speaking to reporters, said they were first alerted by the locals at 2:13 pm about the building collapse. Immediately, five fire tenders were dispatched to the site to begin the relief and rescue operation. The emergency workers who arrived at the site began removing the debris in a bid to remove those trapped under the debris at the earliest.

A senior official involved in the rescue operation told reporters that at least two victims are feared to be trapped under the debris. The rescue workers involved in the operation would attempt to remove them at the earliest. Prolonged suppression beneath the debris could worsen the situation of the victims.