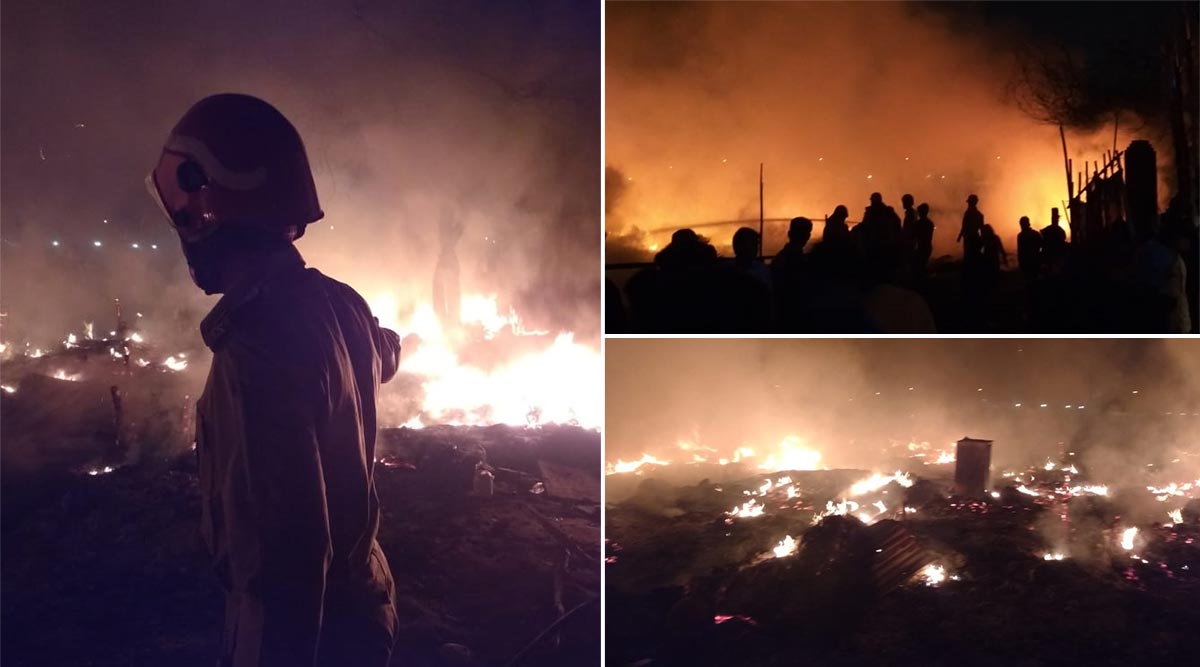 New Delhi, February 15: A massive fire has broken out at Bangali Basti in Delhi’s Rohini area. Several shanties have gutted in the blaze. Twelve fire tenders have been rushed to the spot and firefighting operations are underway. Till now there are no reports of any injuries or casualties in the blaze. Delhi Fire: Massive Blaze Breaks Out at Shoe Manufacturing Factory at Lawrence Road, 26 Fire Tenders at Spot.

However, the exact cause of the fire is yet to be ascertained. The entire area has been engulfed with a thick blanket of smoke. More details are still awaited. Delhi Fire Tragedy: Anaj Mandi Building Owner Rehan, Manager Arrested by Police After Blaze Kills 43.

Delhi: Several shanties gutted in fire at Bangali Basti in Rohini. Twelve fire tenders have been rushed to the spot. No casualty reported till now. More details awaited. pic.twitter.com/8mRYBYJh0Y

It is the second incident of fire in Delhi in the last two days. On Thursday also, a fire incident was reported from Mundka area of Delhi. The fire had broken out at a spare parts factory in the area. Fortunately, no casualties were reported. Last year more than 40 people had lost their lives in a massive fire at Anaj Mandi area of the national capital.