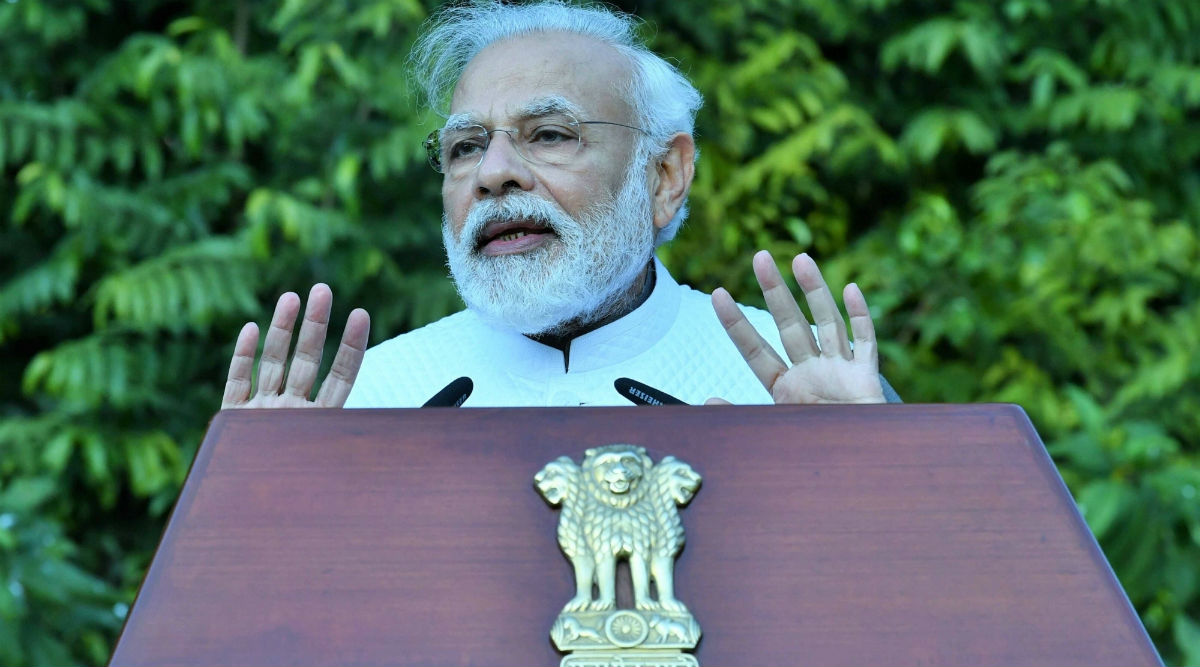 New Delhi, February 26: The situation in Delhi continues to remain tense and Prime Minister Narendra Modi has, therefore, urged people in the national capital to maintain peace and harmony. He tweeted saying, "I appeal to my sisters and brothers of Delhi to maintain peace and brotherhood at all times. It is important that there is calm and normalcy is restored at the earliest." The death toll, on the other hand, has shot to 20 and nearly 189 people are left injured in the violent clashes that took place in East Delhi.

Violence erupted in Northeast Delhi as clashes intensified over controversial citizenship law since Saturday. On Tuesday, protesters in Chandbagh area of Northeast Delhi set shops on fire and continued stone-pelting in a fresh wave of violence.

Peace and harmony are central to our ethos. I appeal to my sisters and brothers of Delhi to maintain peace and brotherhood at all times. It is important that there is calm and normalcy is restored at the earliest.

Looking at the situation, earlier in the day, Delhi CM Arvind Kejriwal further urged the Army to be called in as police were unable to control the condition in the national capital. He said he will write to the Home Minister about the deployment of Army in violence-hit areas. "Situation is alarming. Police, despite all its efforts, is unable to control the situation & instill confidence. The army should be called in & curfew should be imposed in rest of affected areas immediately", Kejriwal said. Delhi Violence: Death Toll Rises to 20, Nearly 189 Injured Taken to GTB Hospital So Far.

The Delhi High Court heard the plea which asked for an independent judicial inquiry into the violence in Maujpur, Jaffrabad and adjoining areas in North East Delhi. Justice Muralidhar said that the situation is very unpleasant. "We have all watched videos of some leaders making hate speeches openly. It's on every news channel. The situation is very unpleasant." The Court also played BJP leader Kapil Mishra's video clip in the presence of all lawyers and DCP Deo and Solicitor General Tushar Mehta.

The Body of an Intelligence Bureau officer identified as Ankit Sharma was found in the North-East district's Chand Bagh area on Wednesday.

On Tuesday on the back of rampant violence, National Security Advisor (NSA) Ajit Doval and Delhi Police Commissioner Amulya Patnaik reached Seelampur area on Tuesday night and took stock of the security arrangements in violence-hit areas. Patnaik on Wednesday said that the situation is returning to normalcy in the North East Delhi.