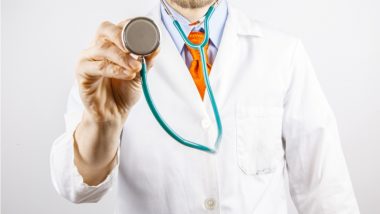 Telangana, September 11: In a shocking incident of fraud, a conman was treating police officials of the Rachkonda commissionerate for coronavirus by claiming to be an experienced doctor. According to a Times of India report, the man had a history of cheating government officials and was a class V dropout.

He reportedly managed to convince senior officials that he knew how to help policemen who had contracted the virus. The police grew suspicious after one of his own family members alerted them. On checking his certificates, it was found that all of them were fake and he was part of a bigger group involved in making fake certificates. Noida: Man Dresses Up as Doctor to Thwart Coronavirus Lockdown, Arrested.

The fake doctor used to prescribe paracetamol, check blood pressure and give pep talks to the policemen down with Covid-19. Three people have been arrested in connection with the case. Surprisingly, in the past, the accused had also worked with 14 hospitals, including super speciality. This is not the first time that a complaint was registered against him for cheating people. A few years ago, he was accused in Karnataka of duping several by claiming to an IPS officer.

(The above story first appeared on LatestLY on Sep 11, 2020 10:05 AM IST. For more news and updates on politics, world, sports, entertainment and lifestyle, log on to our website latestly.com).