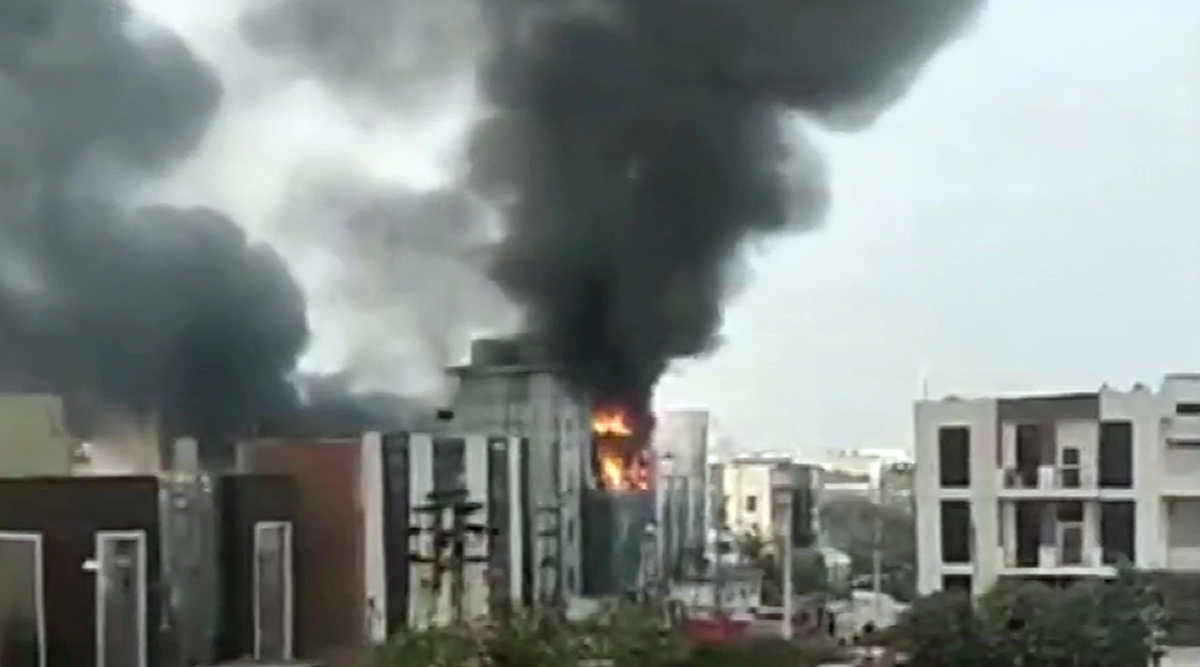 Gurugram, December 8: Plumes of smoke was seen coming out of a factory after fire broke out in a factory in Sector-8 in Manesar, Gurugram. Around six fire tenders were rushed to the spot. The fire-fighting operation was underway at the time of filing the report. No casualties have been reported so far and the cause of the fire remains unknown. Delhi Fire: Anaj Mandi Building Didn't Have Clearance From Fire Department, AAP Blames BJP-Run MCD For Tragedy.

The news of fire in Delhi's neighbouring Gurugram comes after the tragic loss of over 43 lives due to a fire in Delhi's factory. The fire incident was the second worst in the city, since the 1997 Uphaar Cinema tragedy that claimed 59 lives.

Gurugram: Fire breaks out in a factory in Sector-8 in Manesar. Around six fire tenders are present at the spot. Fire-fighting operation is underway. #Haryana pic.twitter.com/zF7rUqGPYm

In the Delhi fire case, the NDRF team that entered the Delhi building where at least 43 people died in a massive fire Sunday morning, said the building was filled with hazardous carbon monoxide.

Most workers of the illegal manufacturing units that ran in the four-storey building in north Delhi’s Anaj Mandi area died due to suffocation. After the Delhi Fire Service controlled the fire, the National Disaster Response Force searched the building for hazardous gases with gas detectors, said Aditya Pratap Singh, deputy commander, NDRF.