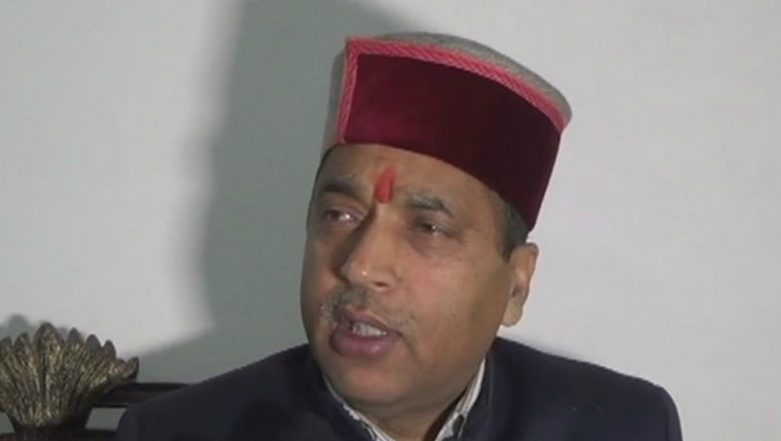 The train was earlier taking seven hours and 15 minutes to cover the distance. Thakur said the launch of the high speed train would help boost tourism in the region.

"We will take up the issue of upgradation of the track with the Railway Ministry," he said. Train 18 On Tracks: Vande Bharat Express To Be Flagged Off By PM Narendra Modi From New Delhi Railway Station on February 15.

The train, with four coaches including one First Class Chair Car, will have four stoppages in Palampur, Nagrota, Kangra and Jawalamukhi towns. Divisional Railways Manager Vivek Kumar said all trains plying on this section have been refurbished and a heritage gallery was constructed at Palampur station.

Fifteen of the 26 stations between Pathankot and Jogindernagar have been provided free Wi-Fi facilities, he added. The 165-km rail track from Pathankot in Punjab to Jogindernagar in Mandi district of Himachal Pradesh was once proposed to be declared a Unesco heritage site.

The British had laid the Pathankot-Jogindernagar line in 1932, linking the prominent religious towns of Kangra and Mandi districts of the hill state. Each year, a large number of tourists ride trains on the line to enjoy the scenic beauty of the Himalayas.