The Oxfam alleged that the Income Tax survey was undertaken without giving a reason. It said that in January 2022 they had a detailed week-long audit of the FCRA accounts by the auditors appointed by the FCRA division. 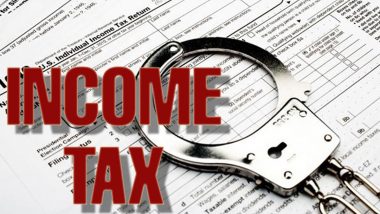 New Delhi, September 9: In a latest development in connection with the Income Tax raids which were going on for three days at multiple locations and at the offices of Centre for Policy Research, a think tank, Oxfam India, Bengaluru-based non-profit Independent and Public-Spirited Media Foundation (IPSMF) in connection with the alleged tax evasion, all the firms submitted they did not do anything unlawful.

Oxfam India on Friday issued a statement and said that the Income Tax department officials conducted an Income Tax 'survey' at its Delhi based office from September 7 to September 9.

"During these 35 plus hours of non-stop survey, the Oxfam India team members were not allowed to leave the premises; the internet was shut down and all the mobile phones were confiscated. The Income Tax survey team took away hundreds of pages of data pertaining to finances and programmes of Oxfam India. They also took all the data by cloning the Oxfam India server and the private mobile phones of the senior leadership team and the finance lead," it said in the statement. Income Tax Dept Raids Prominent Business Groups in Maharashtra.

The Oxfam alleged that the Income Tax survey was undertaken without giving a reason. It said that in January 2022 they had a detailed week-long audit of the FCRA accounts by the auditors appointed by the FCRA division. "The past eight months have been distressing for Oxfam India. In December 2021, the renewal of FCRA licence was denied by the Ministry of Home Affairs," it said.

Think Tank CPR said that they were cooperating with the Income Tax officials in their raid. "The Income Tax Department visited our office to undertake a survey of CPR on 7th and 8th September 2022. We have extended full cooperation to the department during the survey, and will continue to do so in the future," said Yamini Aiyar. The sources said that tax evasions of crores of rupees in the guise of donation of political parties have been detected.

(The above story first appeared on LatestLY on Sep 09, 2022 08:19 PM IST. For more news and updates on politics, world, sports, entertainment and lifestyle, log on to our website latestly.com).