Indian and Chinese militaries will hold a ninth round of talks aimed at resolving the border disputes in Eastern Ladakh after a deadlock prevailed since the last negotiations in November 2020, sources said. 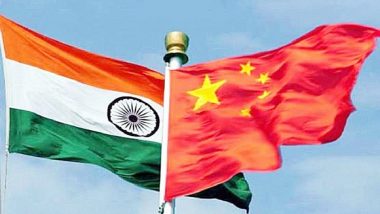 New Delhi, Jan 23: Indian and Chinese militaries will hold a ninth round of talks aimed at resolving the border disputes in Eastern Ladakh after a deadlock prevailed since the last negotiations in November 2020, sources said.

The latest "Corps Commander level meet is likely to take place in the next few days, probably in a day or two", the sources, adding contours of the dialogue were being worked out and some changes are expected. Chief of Defence Staff General Bipin Rawat Visits Border Locations in Eastern Ladakh To Assess Situation Amid Dispute With China.

A Ministry of External Affairs representative is likely to be part of the dialogue.

Though the talks ended in a deadlock, both countries agreed to maintain dialogue and communication through military and diplomatic channels, and also to take forward the discussions, push for the settlement of other outstanding issues, so as to jointly maintain peace and tranquillity in the border areas.

Earlier this month, Indian Army chief General Manoj Mukund Naravane had said that the force is ready for a long haul along the Line of Actual Control (LAC), while hoping for an amicable solution in its nine-month-long conflict with the Chinese People's Liberation Army.

"We are prepared to hold our ground where we are for as long as it takes to achieve our national goals and interest," he had said.

On August 30, 2020, India had occupied critical mountain heights on the southern bank of the Pangong Lake like Rechin La, Rezang La, Mukpari, and Tabletop that were unmanned till now.

India has also made some deployments near Blacktop also after the Chinese tried to make a provocative military move.

Now, dominance at these 13 peaks allow India to dominate Spangur Gap under the Chinese control and also the Moldo garrison on the Chinese side.

(The above story first appeared on LatestLY on Jan 23, 2021 12:04 PM IST. For more news and updates on politics, world, sports, entertainment and lifestyle, log on to our website latestly.com).