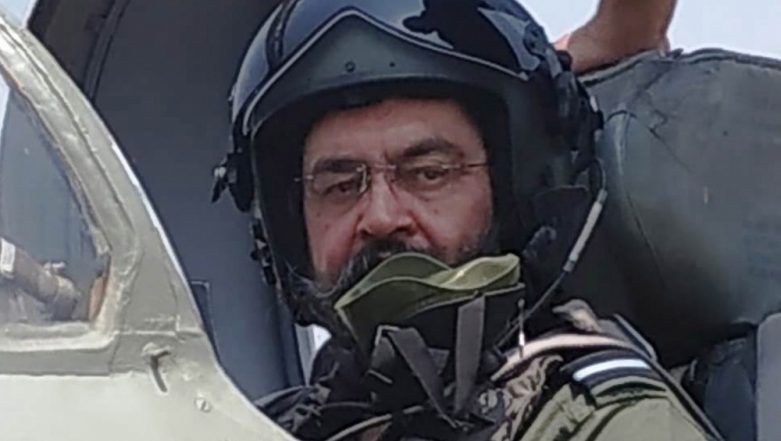 New Delhi, May 17: Indian Air Force chief Birender Singh Dhanoa flew a number of MiG-21 sorties in Sulur, Coimbatore in Tamil Nadu. Though chiefs have flown fighters in the past as a morale boosting gesture, Dhanoa's latest act comes in the backdrop of ageing Soviet-era jet shooting down a Pakistan Air Force (PAF) a far superior F-16 in an aerial combat on Line of Control (LoC) in February this year.

Dhanoa undertook a sortie on the two-seater trainer version of the aircraft and followed it up with three solo flights on Mig-21 Type 96, the oldest variant of the aircraft. Dhanoa had commanded the 17 squadron ( flying Type 96) during the Kargil operations. Indian Air Force Chief BS Dhanoa Endorses Rafale Deal, Says It Is Strengthening IAF.

The shooting down of an F-16 by an IAF MiG-21 was hailed as a major achievement even though PAF is yet to acknowledge that it had taken a hit during the dogfight. The MiG-21 flown by Wing Commander Abhinandan Varthaman had shot down the F-16 which was part of a large package of PAF fighters trying to cross the border in Jammu and Kashmir to drop bombs at military installations in retaliating to IAF's bombing of terrorist training camps in Pakistan 's Balakot.