On being asked about the reason for his ultimate success in the media sector, Jackson says, “that the key to success is having drive and determination. If you don't ask you may never know”. So, he insists on being more vigilant and to be more aware about what's happening around. 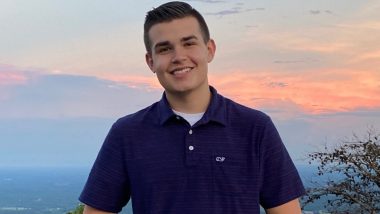 Struggle is the path that leads you towards growth and success, that cherishes the inner qualities and makes you a better person. Jackson Gosnell, a teenager and a renowned journalist is one such example of hardwork and determination who started his career during his high school and is now working as a correspondent with an Australian streaming network called TickerTV. He also finds his interest in the field of investigative journalism and is focused on reporting news stories from past few years.

Jackson shares what his biggest struggle has been during his time in the news business and says “I love the news business, the hardest part though is putting on your game face when you've had a bad day”. Jackson believes that you can overcome it but it isn't the easiest thing. “I have learned that if you have a bad day, don't let that impact on how you present the news, the viewer is there for the news and not to see you all sad” said Jackson.

His determination has made him interview some of the high profile officials like the White House press secretary, Kyleigh McEnany. He partnered with one of his friends Coleman of Gaston Talks to attend a Trump campaign event where the interview with McEnany took place. This has led to a substantial increase in his followers and made him popular among masses.

On being asked about the reason for his ultimate success in the media sector, Jackson says, “that the key to success is having drive and determination. If you don't ask you may never know”. So, he insists on being more vigilant and to be more aware about what's happening around.

Keeping in mind the coming US presidential elections and the ongoing global pandemic that has changed the way we live, the news stories being published can get more devastating and destructive with time. Also,the ongoing trends of sensationalising news in the media has become another crucial factor, ruining the credibility and reliability of media publications and organizations. Under such conditions, the roles of journalist like Jackson Goswell are helping in sustaining the fourth pillar of democracy and making it more representative and informative.

Another thing Jackson has struggled with is being taken seriously. “People think just because you are young you aren't knowledgeable and I have had to prove those people wrong” said Jackson. He goes on to say that proving your credibility is imperative otherwise no one will take you seriously. According to a tweet from Gosnell, you have to make people understand that you are worthy of giving them information, which is odd but true he says. When Jackson was asked what advice he would give anyone wanting to get into the business, Jackson said “Don't let anyone or anything hold you back from what you want, because they will certainly try”. His followers are sure Jackson will go after his dreams even more than he ever has before. Catch up with Jackson on social media @jgonsellnews.