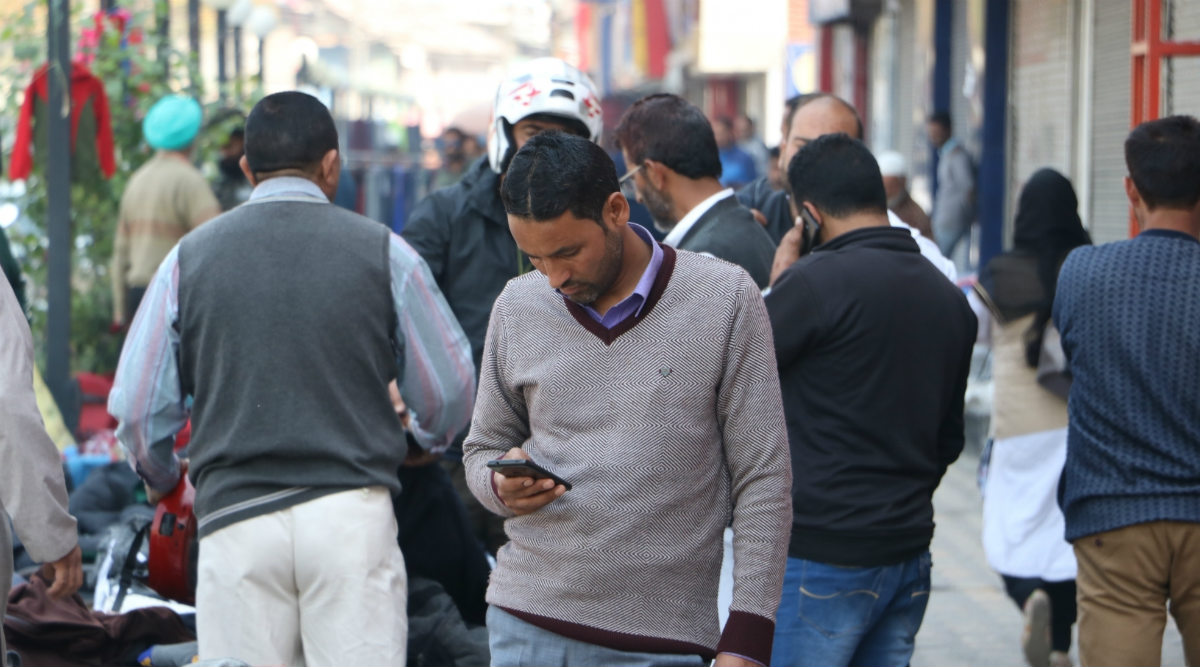 Srinagar, February 16: The Jammu and Kashmir administration on Saturday extended the restrictions imposed on high-speech internet services in the union territory. According to the order issued by Jammu and Kashmir's home department, the ban on 3G and 4G internet services will continue till February 24. In some parts of the erstwhile state, people can access to 1400+ whitelist websites through 2G internet services. Social media platforms remain blocked. Kashmir: Unemployment on Rise After Article 370 Repeal Due to Internet Shutdown.

Justifying the "temporary" ban on high-speech internet services, the administration said: "It has also been reported attempts have been made to disturb the public peace by spreading rumours to incite the general public over the last week which reinstated temporary suspension on the mobile data for limited period of time by the authorized officers." People have been directed not to upload "provocative material inimical to the interest of the state". Jammu And Kashmir Under Siege: Security Lockdown, Communication Blackout And UT Status Leave Kashmiris With No Autonomy.

On January 24, 2G internet services were restored across Jammu and Kashmir for the first time after the abrogation of Article 370 on August 5 last year. However, services were suspended twice this month. On January 14, the government had announced that 2G mobile internet services shall be restored in two out 10 districts of the Kashmir Valley - Bandipur and Kupwara - and all the 10 districts of Jammu region for 153 whitelisted websites.