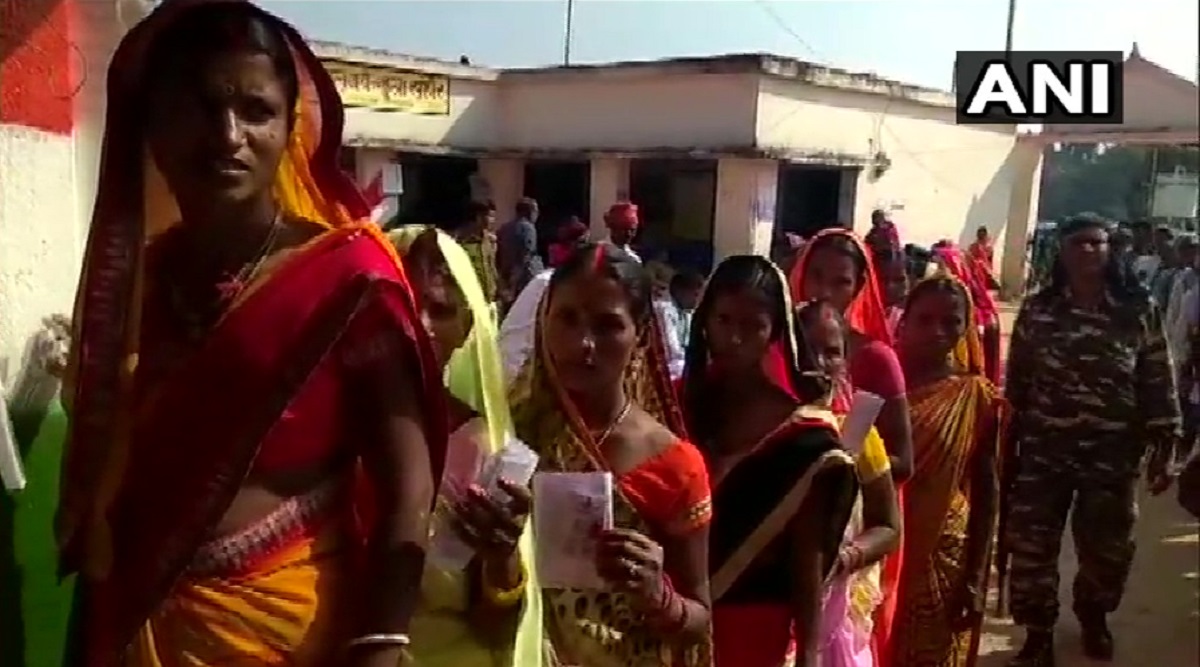 Ranchi, December 12: An estimated 12.89 per cent of the over 56 lakh eligible voters exercised their franchise till 9 am on Thursday in the third of the five-phase Jharkhand assembly elections in 17 constituencies. Though polling began on a sluggish note long queues, with women outnumbering men, were seen in several polling stations.

Senior Congress leader and former union minister Subodh Kant Sahay was among the early voters. The voting began at 7 am amid tight security arrangements, officials said. In 12 seats polling will end at 3 pm, while voters in the remaining constituencies will be able to exercise their franchise till 5 pm. Jharkhand Assembly Elections 2019: Amit Shah Urges People to Vote for BJP, Says Your Votes to Decide if State Will Walk on Path of Development or Naxalism.

Babulal Marandi, president of the Jharkhand Vikas Morcha (Prajatantrik), is contesting from Dhanwar seat, while Singh and Yadav are contesting from Ranchi and Kodarma constituencies respectively. Former deputy chief minister and AJSU party president Sudesh Mahto is trying his luck to regain Silli seat after he lost the 2014 assembly polls and the subsequent bypoll to JMM candidates Amit Mahato and his wife Seema Mahato. The JMM has re-nominated Seema Mahato from the seat.