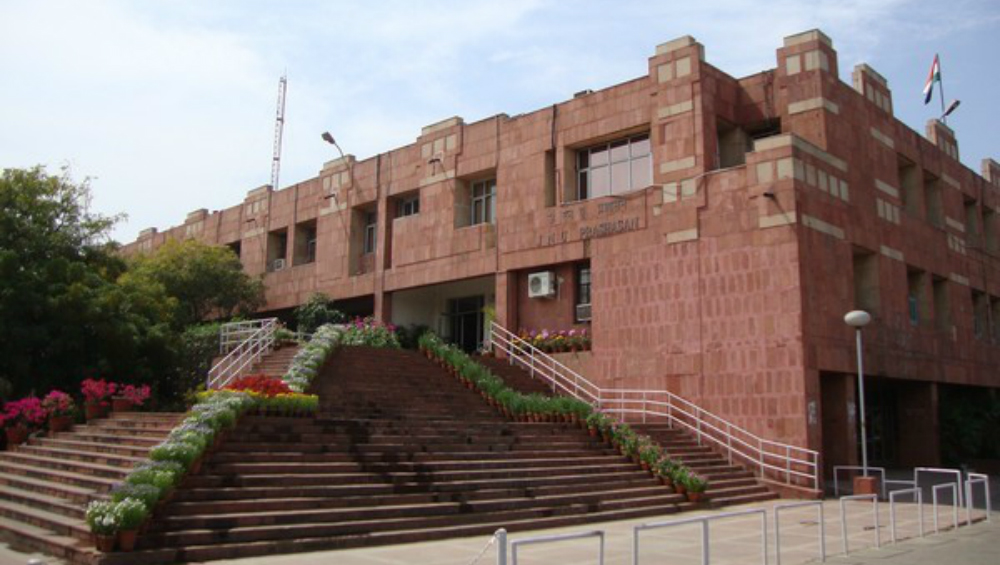 New Delhi, January 10: Anti-left banners bearing strong slogans surfaced in the streets neighbouring the JNU campus on Friday, with a fringe right-wing group claiming responsibility for mounting them. Students of the JNU said the banners have "vitiated the atmosphere" when the environment is already not very conducive. JNU Violence: Delhi Police Blames Left Student Groups, JNUSU President Aishe Ghosh, ABVP's Vikas Patel Among Those Named by Cops; Check List And Pictures of Other Suspects.

Vishnu Gupta, president of Hindu Sena, said, "We put up the banners, around the streets near JNU. Many students sympathise with Naxals and anti-national activities. So in the name of protests over fee hike, they are obstructing education of other fellow students." Students Protesting Against Semester Registration Process Moved Aggressively, Leading to Clash: JNU.

A masked mob went on a rampage in JNU on Sunday, attacking students and teachers with shovels and stones. The slogans on the banners played on the oft-repeated cry of the JNU protesters -- 'Hume Chahiye Azadi...' and read -- 'Desh ke dushmano se Azadi, Maoists, terrorists se Azadi', among others.

The JNU students' union has been demanding a rollback of hostel and mess fee hike, and has boycotted registration for the next semester.