Priyank Kharge earlier had stated that if the Bitcoin scandal is investigated properly, Karnataka will see a third Chief Minister indirectly pointing towards Bommai's exit 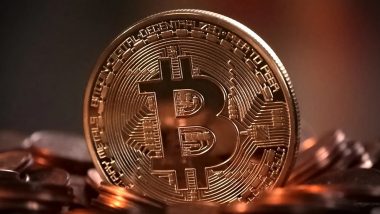 Bengaluru, Nov 12: In a major twist to the Karnataka Bitcoin scandal, Priyank Kharge, a former minister and Congress MLA on Friday accused the police of administering mind-altering drugs to kingpin Shrikrishna Ramesh a.k.a Sriki in police custody and demanded a probe by a sitting Supreme Court judge.

"Accused Sriki's father in his application before the court had stated on January 11, 2021 that the police officers are administering mind altering drugs to his son who is in police custody. The drug is only available with prescription and not available over the counter," he said.

When the judge questioned accused Sriki on this, he replied that he has been administered drugs by the police while in custody. Taking that into consideration, the court ordered the medical investigation of his blood and urine samples. Bitcoin Scandal: Karnataka BJP Govt Rattled As Allegations Reach PMO

"The police who were supposed to get his blood and urine samples tested at the Victoria hospital, they took him to the Bengaluru Medical College and hospital. Importantly, the police have requested for the accused Sriki's stomach wash. Can anyone tell us why this was being requested," he questioned.

The medical institute says, since the hospital is being turned into a Covid centre, testing samples of blood and urine was not possible and referred it to the Forensic Science Laboratory (FSL). The authorities wasted one full day in the process. Instead of getting his blood, urine sample tests, the police booked him under another case (crime number 9/2019) and handed him over to the custody of Criminal Investigation Department (CID), Priyank Kharge said.

"In every stage, the police have worked in favour of the main accused Sriki. By not getting him tested for drugs, the police have destroyed evidence. They have called linemen for conducting the mahajar process who do not know anything about what Bitcoins are. CID investigation into the Bitcoin scandal is a comedy," he maintained.

The police have stated that they have recovered 31 Bitcoins worth Rs 9 crore. "However, the seized Bitcoins have gone to the police wallets. The information is 187 Bitcoins that were found during conducting mahajars have gone missing and it has to be investigated," he said.

"This is not digital India. No doubt, it is an international scandal. Doesn't Chief Minister Basavaraj Bommai who was then Home Minister know this? All are involved in the scandal, police involvement is also found. There is no judicious inquiry being conducted into the scandal. I demand a probe by a sitting Supreme Court judge," he demanded.

Priyank Kharge earlier had stated that if the Bitcoin scandal is investigated properly, Karnataka will see a third Chief Minister indirectly pointing towards Bommai's exit.

Bommai who was in New Delhi stated that though he wanted to discuss, Prime Minister Narendra Modi didn't show any interest and asked him not to bother about all this.

Priyank Kharge stated that the statements by Chief Minister Bommai are like invitations of settlement. "They are like, both Congress and BJP leaders are involved and let's sit for settlement," he chided.

(The above story first appeared on LatestLY on Nov 12, 2021 05:17 PM IST. For more news and updates on politics, world, sports, entertainment and lifestyle, log on to our website latestly.com).