A Bangladeshi student of West Bengal's Visva-Bharati University has been asked to leave India for allegedly engaging in "anti-government" activities. 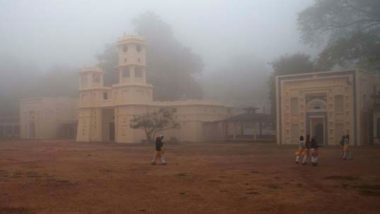 The notice served to the Bangladeshi student states, "Afsara Anika Meem… Bangladeshi national, is present in India on the strength of S-1 (Student) visa…studying at Viswa Bharati University… she is found to have engaged in anti-government activities. And such activity being a breach of her visa, has thus committed visa violation…" It was not specified what anti-government activities were carried out by Meem. Why Citizenship Amendment Act+NRC Raise Fear And Concerns: A Multi-Dimensional Take.

After receiving the 'Leave India Notice', Meem on Thursday met Foreign Regional Registration Registration Office (FRRO) officer Karma Tshering Bhutia and sought review of the decision, The Indian Express reported. The meeting reportedly lasted an hour, but Meem or FRRO officer Karma Tshering did not speak on what transpired. There was no immediate reaction from Visva-Bharati University.

In December last year and January this year, students and a section of Visva-Bharati teachers had taken out several rallies on the campus against the Citizenship Amendment Act. Meem allegedly attended the rallies and also shared pictures on social media. Sources in Bangladesh Deputy High Commission in Kolkata told the newspaper that they were unaware of these developments, including about the 'Leave India Notice'.

(The above story first appeared on LatestLY on Feb 28, 2020 08:13 AM IST. For more news and updates on politics, world, sports, entertainment and lifestyle, log on to our website latestly.com).