A 60-year-old woman and her 27-year-old daughter were allegedly stripped naked and beaten severely by a female police personnel in front of her male colleagues at a police station in Bilaspur. 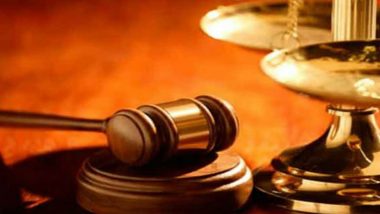 New Delhi, October 23: In a shocking incident of human rights violation, a 60-year-old woman and her 27-year-old daughter were allegedly stripped naked and beaten severely by a female police personnel in front of her male colleagues at a police station in Bilaspur, Chhattisgarh. Describing that as an "inhuman and barbaric act", the National Human Rights Commission (NHRC) has issued a notice to the Chhattisgarh police chief over this incident.

According to the report, both the women were arrested on the charges of theft, and were stripped naked in front of a male police officer and were severely beaten at Kotwali Police station on October 18. NHRC has issued a notice to Director General of Police Chattisgarh seeking a detailed report on the issue along with the action against allegedly accused police officials.

The commission, while issuing a notice, referred to media reports and said if the stance is true, then its a serious human rights violation. "Once a person is taken into custody, it becomes the duty of the police authorities to ensure his/her safety but in this case, the police personnel themselves appear to have behaved in a cruel and inhuman manner and subjected the victims to physical torture, which is an inhuman and barbaric act," the Commission observed.

The crime came to light when both the survivors were produced in court, and narrated their traumatic ordeal and brutality of the police. Their condition was so bad that they were unable to walk due to their injuries. The court, reportedly, has ordered an inquiry into the incident and reports to be saught by October 26.

(The above story first appeared on LatestLY on Oct 23, 2018 11:15 AM IST. For more news and updates on politics, world, sports, entertainment and lifestyle, log on to our website latestly.com).