A class 12 student has lost nearly Rs 3.4 lakh as a cyber fraudster allegedly hacked his netbanking account and withdrew the money in 66 transactions 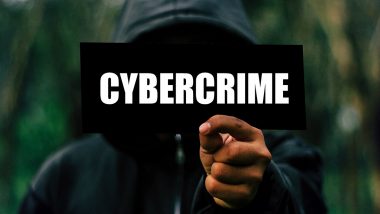 Mumbai, December 21: A class 12 student has lost nearly Rs 3.4 lakh as a cyber fraudster allegedly hacked his netbanking account and withdrew the money in 66 transactions.

On his complaint, the MHB Colony police in Borivali (west) have registered an FIR and an investigation has been launched. Online Fraud In Hyderabad: Software Engineer Duped Of Rs 12.97 Lakh On Pretext of Providing High Commissions on Investments

The 18-year-old complainant told the police that he stays with his parents in Dahisar (west). He holds a savings account in the Borivali (west) branch of a bank, according to a report in The Indian Express.

On November 27, he received an email from his bank about Rs 5,000 being debited from his account. He immediately called the customer care number and found out that 65 more transactions had been done and Rs 3.38 lakh had been withdrawn from his account.

“Except for the one transaction, I did not receive any alert from the bank on my mobile phone or email about the other transactions. I suspect some person changed my email id and mobile number which I had linked with my account and then hacked into my account and withdrew the money,” the complainant said.

This comes a few days after a 21-year-old IT engineering student was allegedly duped of Rs 2.50 lakh in Mumbai by cyber fraudsters who tricked him into investing money for buying products for which he was promised hefty commissions. Online Fraud in Mumbai: Engineering Student Duped of Rs 2.50 Lakh by Cyber Fraudsters

(The above story first appeared on LatestLY on Dec 21, 2021 02:39 PM IST. For more news and updates on politics, world, sports, entertainment and lifestyle, log on to our website latestly.com).