The waiter was irked at the way the customer was calling him. 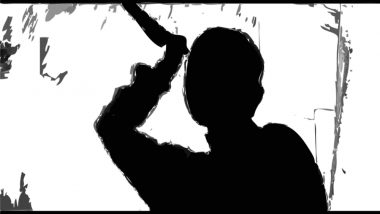 Mumbai, January 7: A 23-year-old waiter on Sunday allegedly attacked a customer with a knife because she placed multiple orders. The incident took place at a hotel in JB Nagar where the victim, Farzana Mirat, an NRI, had come with her mother to celebrate her marriage anniversary. The accused Nishant Gowda was later arrested and booked under section 326 of the IPC.

After landing in India from South Africa on Sunday morning, Mirat came to the hotel with her mother. The police said Mirat had made several orders and called Gowda some six-seven times. She later ordered a cake. The waiter brought only the cake, without the knife. She then asked Gowda to get her a knife quickly. Delhi: Dog Owner Kills Man For Throwing Stones at His Pet.

According to the police, Gowda was irked at the way Mirat was calling him. When she asked for a knife, he went into the kitchen without saying anything. "Gowda then returned with the knife, and instead of giving it to Mirat, he attacked her with it," a police officer told a leading daily. Mirat suffered a cut on her neck and was in a state of shock for a while.

The police were informed who later arrested Gowda. Deputy commissioner of police, zone 10, Navinchandra Reddy confirmed the incident. Cops recorded Mirat and her mother's statements and are investigating the matter further.

(The above story first appeared on LatestLY on Jan 07, 2019 10:54 AM IST. For more news and updates on politics, world, sports, entertainment and lifestyle, log on to our website latestly.com).