Reports were doing rounds that the National Testing Agency (NTA) declared a topper as failed in NEET 2020 exam result. 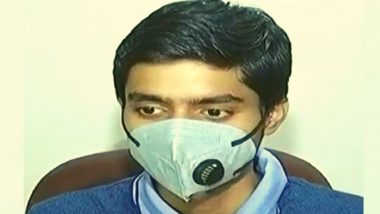 New Delhi, October 20: Reports were doing rounds that the National Testing Agency (NTA) declared a topper as failed in NEET 2020 exam result. Mridul Rawat, who failed in NEET exam, challenged the result declared by the NTA and after rechecking of the OMR sheet and Answer Key, it was found that he was an All India Topper in ST category, reports had claimed. The NTA, however, termed these reports as fake news.

The 17-year-old Rawat is a resident of Gangapur town of Sawai Madhopur district in Rajasthan. When the NTA had declared the result, it gave Mridul 329 points in 720. "Mridul tweeted to NTA after which the correction of his paper was done. On rechecking it was found that Mridul obtained 650 out of 720 marks," reports had said. NEET 2020 Merit List: Here's How to Check Your Result and AIR Merit List Online at ntaneet.nic.in.

According to a Zee news report, another mistake was spotted by Mridul in the second mark sheet issued by NTA.  He found that the sum of his marks shows 650 but only three hundred twenty-nine were written in words. NTA again amended the mark sheet in which now marks in word column is showing 650 marks in words. All these reports were rejected by the NTA.

"For example, Master XYZ (Name withheld), 123456789 (Roll No withheld) has claimed that he has 650 marks whereas he has obtained only 329 marks. This is even being broadcast at local news channels in some cities. The news is totally fake, fabricated and one sided only," he added.

Odisha’s Soyeb Aftab and Delhi’s Akanksha Singh scored full marks- 720 out of 720 marks but Aftab was ranked first and Singh second as per the NTA’s tie-breaking policy.

(The above story first appeared on LatestLY on Oct 21, 2020 12:41 PM IST. For more news and updates on politics, world, sports, entertainment and lifestyle, log on to our website latestly.com).