A youth from Chhindwara in Madhya Pradesh drank acid mistaking it for water as he was busy playing popular battle game PUBG. 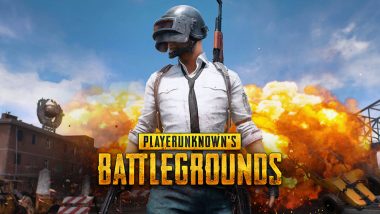 Chhindwara, March 5: A youth from Chhindwara in Madhya Pradesh drank acid mistaking it for water as he was busy playing the popular battle game, PUBG. According to reports, the young man was so busy playing PUBG that he picked up a bottle of acid instead of water. He was immediately rushed to a nearby hospital. According to a report published in CNN News 18, an operation was performed on the youth's the intestines. Now, his condition is reported to be out of danger.

In February this year, an 18-year-old boy allegedly committed suicide by hanging himself after he had an argument with his family members over buying a new mobile phone for playing PUBG game. The teenager, who was a resident of Kurla's Nehru Nagar area of Mumbai, took the extreme step when he demanded that he wanted a high-end smartphone costing around Rs. 37,000 to play the online game.

In China, PUBG has been imposed with a digital lock and now users under 13 years of age would have to ask their guardians to open the game for them. Meanwhile, last month the online gaming The PUBG also promised to roll out features to encourage healthy gaming experience for users in India. In a statement, the online game said, “We appreciate the support and trust given to us by our PUBG MOBILE players. While we strive to deliver the best possible gaming experience to our fans, we also believe that it is extremely important for us to be a responsible member of the gaming ecosystem.” In February, the PUBG completed one year of its launch.

(The above story first appeared on LatestLY on Mar 05, 2019 12:07 PM IST. For more news and updates on politics, world, sports, entertainment and lifestyle, log on to our website latestly.com).