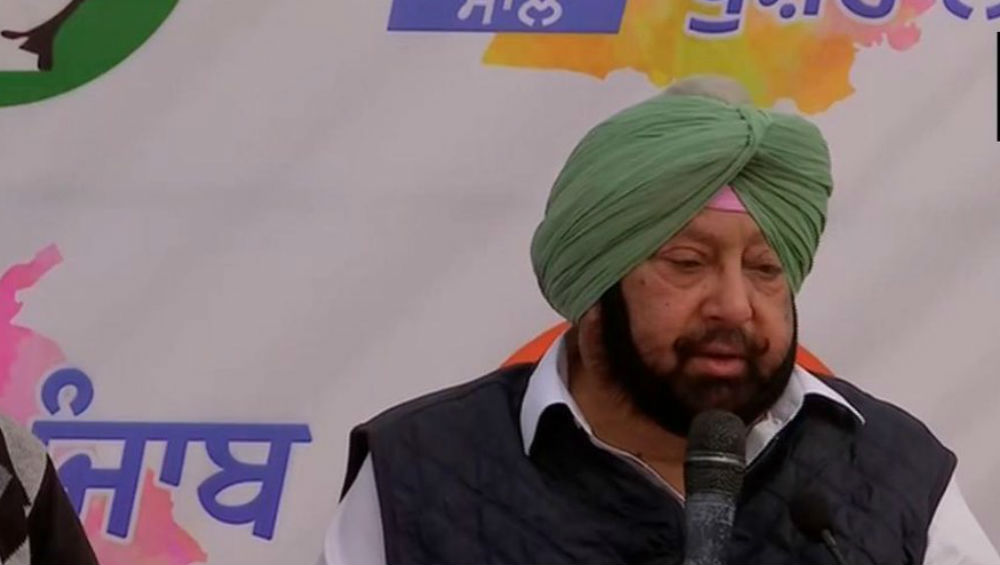 Chandigarh, January 17: Shortly after the Punjab Assembly passed a resolution by voice vote against the controversial Citizenship (Amendment) Act or CAA, Chief Minister Amarinder Singh on Friday said his government like Kerala will approach the Supreme Court on the issue. He said the Centre will have to make the necessary amendments to the CAA if it has to be implemented in Punjab and other states opposing the legislation. CAA: Punjab Passes Resolution Against Citizenship Amendment Act, Becomes Second State To Do So After Kerala.

"Like Kerala, our government will also approach the Supreme Court on the issue," Singh told reporters in an informal chat outside the state Assembly. In response to a question, the chief minister made it clear that the Census 2021 will be conducted on the old parameters in Punjab.

The new factors added by the Centre for the purpose of the National Population Register (NPR) will not be included, he added.

The Punjab Assembly passed the resolution by voice vote against the CAA, the second state after Kerala to do so. The resolution moved by Parliamentary Affairs Minister Brahm Mohindra was passed after over three hours of discussion.

While the ruling Congress and the main opposition Aam Aadmi Party (AAP) supported the resolution, the BJP opposed it. The Shiromani Akali Dal (SAD) sought inclusion of Muslims in the list of communities that could be granted citizenship under the amended law.

The CAA provides for granting citizenship to Hindus, Sikhs, Buddhists, Jains, Parsis and Christians, who had migrated to India before December 31, 2014, from Pakistan, Afghanistan and Bangladesh. It excludes members of the Muslim community.