The Supreme Court on Thursday set aside Madhya Pradesh High Court's order granting bail to a man accused in a molestation case on a condition that he would tie 'Rakhi' to the victim. 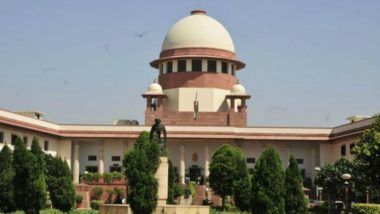 New Delhi, March 18: The Supreme Court on Thursday set aside Madhya Pradesh High Court's order granting bail to a man accused in a molestation case on a condition that he would tie 'Rakhi' to the victim.

A bench headed by Justice A.M. Khanwilkar issued a slew of directions, which included training modules for sensitization of judges and emphasized that judges should avoid any kind of stereotyping.

The plea was filed by advocate Aparna Bhat and eight other women lawyers against the July 30 order by the Madhya Pradesh High Court, where an accused of sexual assault was asked to get a 'Rakhi' tied on him by the victim as a condition for bail.

The petitioners had argued that the bail condition by the High Court should be set aside.

Bhat had contended in the plea that order has been passed by a constitutional court such as a High Court of a state and there is a strong likelihood that such observations and directions may result in normalizing "what is essentially a crime and has been recognised to be so by the law."

The plea said: "It is highly objectionable for the High Court in the present case to put the complainant in a position where she is forced to accept the sum of Rs 11,000 as part of the customary ritual of Raksha Bandhan. Moreover, the said bail condition also goes a step further by stating that Respondent No. 2 (the accused) tender Rs 5,000 to the son the complainant."

(The above story first appeared on LatestLY on Mar 18, 2021 03:46 PM IST. For more news and updates on politics, world, sports, entertainment and lifestyle, log on to our website latestly.com).