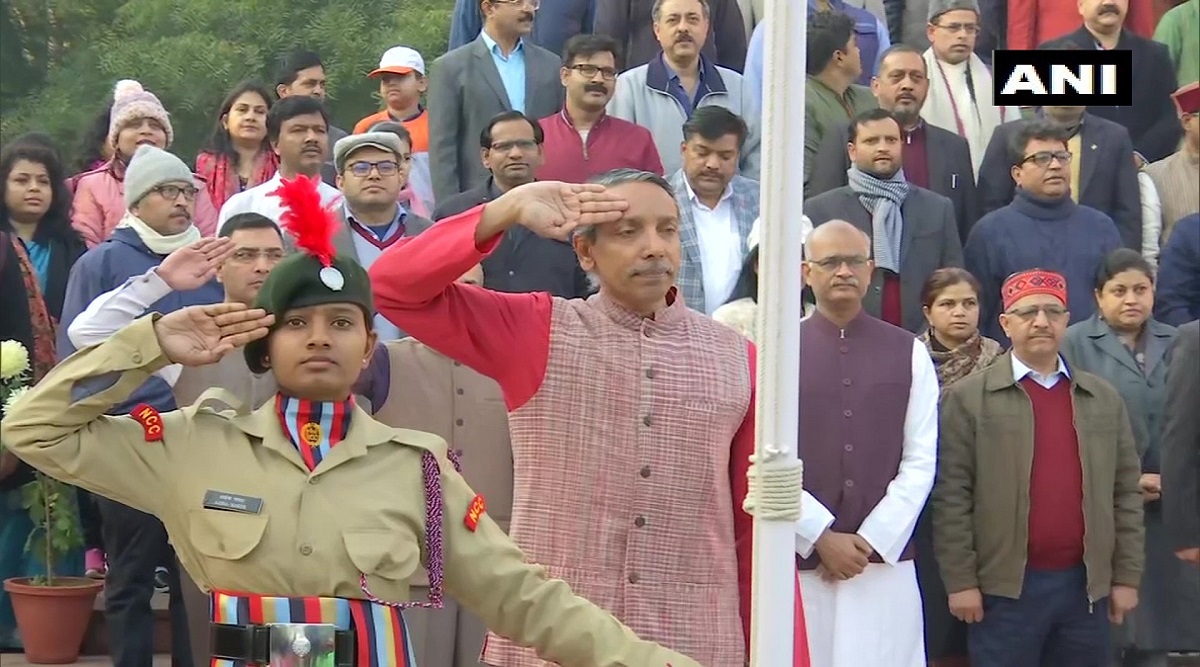 New Delhi, January 26: The first-ever all girls' cadet contingent in the Jawaharlal Nehru University (JNU) presented a guard of honour to Vice Chancellor M Jagadesh Kumar on the occasion of Republic Day 2020. The girls, part of the National Cadet Corps (NCC), led the Republic Day festivities inside the protest-hit campus. V-C Kumar lauded the girls' battalion for their efforts. Republic Day 2020: Fundamental Rights And Duties of Indian Citizens Under Constitution of India.

"This is the first time that we have established a girl's unit in JNU. 15 cadets participated in the guard of honour," the Vice Chancellor said. The Republic Day event in the JNU campus comes amid allegations against a section of students of leaning towards subversive school of thoughts.

Delhi: NCC's 3 Delhi Girls Battalion cadets present guard of honour to Vice-Chancellor M Jagdesh Kumar at Jawaharlal Nehru University. "This is the first time that we have established a girl's unit in JNU. 15 cadets participated in the guard of honour," the VC says. pic.twitter.com/v4pMJSTjaD

JNU has witnessed intense protests over the past two months, with the varsity's students' union demanding a rollback of the fee hike announced by the administration. On January 3, the registration for Winter semester was cancelled after alleged members of Left student bodies snapped the electricity supply and resorted to violence.

On January 5, several students and faculty members were attacked by masked miscreants -- who are accused to be members of the BJP affiliated Akhil Bharatiya Vidyarthi Parishad (ABVP). The issue snowballed into a major controversy, with the Delhi Police registering an FIR and launching probe. The students' union have since been demanding the expulsion of V-C Kumar, accusing him of adopting inaction when the students were attacked by alleged ABVP members.