RISAT-2B Launched by ISRO: All About The Radar Imaging Satellite Which Will Enhance India's Surveillance Capability 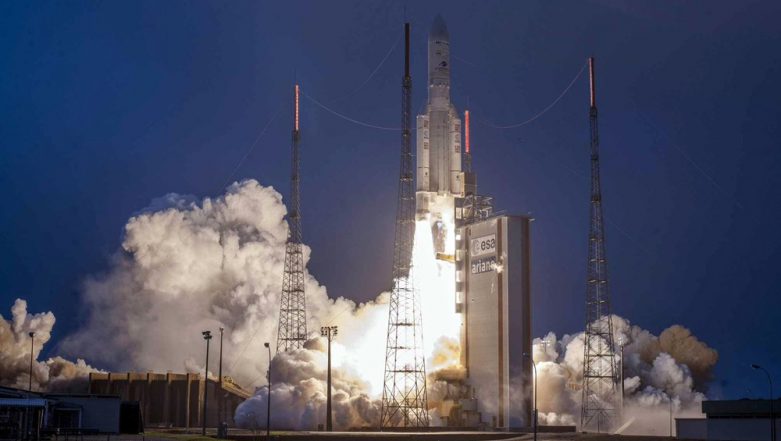 Vizag, May 22: The Indian Space Research Organisation (ISRO) on Wednesday successfully launched the RISAT-2B (Radar Imaging Satellite-2B), which is set to enhance India's surveillance capabilities. Among fields where the satellite's inputs would be put to application include agriculture, forestry and disaster management support, along with the foiling of infiltration bid from across the border. India Successfully Launches PSLV Rocket With Radar Imaging Satellite RISAT-2B; See Pics.

RISAT-2B: Everything to Know About The Radar Imaging Satellite Launch

RISAT-2B: All About the ISRO Satellite Which Will Enhance India’s Surveillance Capability

The satellite's predecessor, RISAT-2, has been actively used by India to monitor activities in camps across the border in Pakistan to thwart infiltration bids by terrorists. Experts are of the opinion that India's counter-terrorism arsenal would be further sharpened by RISAT 2-B.