Sanjeev Kumar Chawla, a cricket bookie accused in a match-fixing scandal, has been extradited from the United kingdom. Delhi Police officials escorted him to Delhi on Thursday morning. 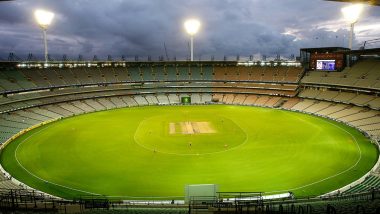 Delhi, February 13: Sanjeev Kumar Chawla, a cricket bookie accused in a match-fixing scandal, has been extradited from the United kingdom. Delhi Police officials escorted him to Delhi on Thursday morning. The 50-year-old British national of acting a link in a match-fixing scandal involving Hansie Cronje, former South African cricket captain, and bookies in early 2000. European Court of Human Rights Rejects Sanjeev Chawla Plea to Block His Extradition to India.

Chawla is expected to undergo medical tests before being taken to Delhi's Tihar Jail and held in custody in line with Indian government's assurance to the UK Court. This is the first high-profile extradition of its kind under the India-UK Extradition Treaty, signed in 1992.

According to court documents in the case, Chawla is a Delhi-born businessman who moved to the United Kingdom on a business visa in 1996, where he has been based while making trips back and forth to India. After his Indian passport was revoked in 2000, he obtained a UK passport in 2005 and became a British citizen.

Chawla is alleged to have played a pivotal role in plotting with Hansie Cronje, the late South African cricket team captain, to fix a South African tour to India in February-March 2000.

(The above story first appeared on LatestLY on Feb 13, 2020 11:54 AM IST. For more news and updates on politics, world, sports, entertainment and lifestyle, log on to our website latestly.com).