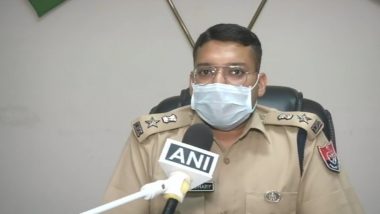 According to the police official, preliminary investigation suggests that depression, financial problems and unemployment are some of the reasons behind the suicide in the city. "It has also been seen that suicidal tendency is increasing among people between 30-40 age group," Chaudhary said.

India has been under lockdown since March 23 to curb the spread of COVID-19. Although, several activities are allowed by the government, however, there are still some restrictions on travel, cinema halls, etc.

Meanwhile, Punjab COVID-19 tally has risen to 5056, according to the latest update by Union Ministry of Health and Family Welfare. Of these, 1,608 are active cases, while 3,320 individuals have recovered. Till now, 128 people have also died due to infection in the state.

(The above story first appeared on LatestLY on Jun 28, 2020 03:05 PM IST. For more news and updates on politics, world, sports, entertainment and lifestyle, log on to our website latestly.com).