"We have zero-tolerance for violations of the above. Any violation is viewed seriously and will be dealt with appropriate consequences," the official letter stated. 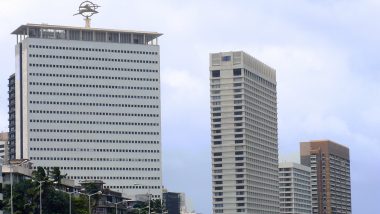 Mumbai, May 24: The Tata group, which took over Air India recently announced a ban on smoking and consumption of intoxicating substances at the workplace. The move comes after the Tata group regained control of Air India.

According to a report in the Indian Express, in a letter addressed to the employees, Suresh Dutt Tripathi, Chief human resources officer (CHRO) of Air India has asked the employees to not smoke or consume intoxicating substances. Farhan Serajuddin, Delhi Engineer Who Went Missing on May 20, Found Dead in Lonavala Forest.

The letter issued on May 18 stated, "We are a responsible organisation that completely prohibits smoking and consumption of any intoxicating substances at the workplace. The core principles of the Tata Code of Conduct bind all of us to comply with the law of the land and to provide a safe and healthy work environment to our colleagues. We have zero-tolerance for violations of the above. Any violation is viewed seriously and will be dealt with appropriate consequences."

According to sources, after the takeover of Air India, the Tata group has been bringing many changes to Air India, in order to make it a professional airline. It must be noted that the Tata group took over Air India on Jaunary 27.

(The above story first appeared on LatestLY on May 24, 2022 04:21 PM IST. For more news and updates on politics, world, sports, entertainment and lifestyle, log on to our website latestly.com).