Sources from the police said that Farhan was in touch with his family and he had even texted his brother and a few friends about him losing his way in the forest. 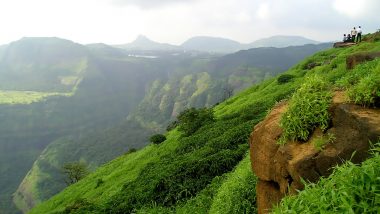 Pune, May 24: In a shocking incident, a team of rescuers from the Naval Engineering College found a dead body on Tuesday morning. The body found was of a Farhan Serajuddin, 24-year-old engineer from Delhi, who had gone missing on May 20.

According to a report in the Times of India, the engineer went missing after he lost his way while trekking near Duke's Nose point also known as Nagphani, which is located about 65 km from here off the highway to Mumbai. Chennai Shocker: 43-Year-Old Woman Stalked, Raped at Knifepoint by 20-Year-Old Man; Accused Arrested.

Sunil Gaikwad of the Shiv Durga Mitra, a local voluntary organisation that was part of the elaborate search operation which was formed to search the missing engineer said, "Farhan's body was traced on Tuesday morning by a team of INS Shivaji." Besides the volunteers, the Lonavala police and a few other rescue organisation and experts were also involved in the search operation.

Sources from the police said that Farhan was in touch with his family and he had even texted his brother and a few friends about him losing his way in the forest. Cops also said that Farhan called for a search operation in case he failed to find a way within a few hours. However, soon his phone went off, and a search was launched to trace Farhan.

Besides police teams and dog squad, expert rescuers from Lonavala and Khopoli also joined in the search operation. Local villagers from Kurwande, where the Duke Nose point is located also joined to search for Farhan. Bharat Bandh on May 25: Nationwide Bandh Over Demand of Caste-Based Census, Reservation in Private Jobs; All You Need to Know.

"We had used a team of experts, who entered the deep valley to trace him. The engineer's last location was near the Duke's Nose, so the teams had focused in that area." Gaikwad said.

Inspector Sitaram Dubal from Lonavala police said that the local people who were aware of every nook and corner of the deep forest had also joined the search operation. Amid all of this, Farhan's family members reached Lonavala.

(The above story first appeared on LatestLY on May 24, 2022 03:22 PM IST. For more news and updates on politics, world, sports, entertainment and lifestyle, log on to our website latestly.com).