In another administrative reshuffle, nine IPS officers including six district police chiefs were shifted by the Uttar Pradesh government late on Monday night. 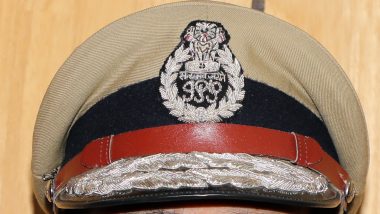 According to an official release, SSP Meerut, Ajay Sahni has been shifted to Jaunpur in the same capacity, while SP, Jaunpur, Raj Karan Nayyar, was shifted in the same capacity to DGP headquarters. Karnataka IPS Reshuffle: Bengaluru Rural District SP, 11 Other IPS Officers Transferred.

Similarly, Moradabad SSP Prabhakar Chaudhary was given the charge of Meerut SSP while Pawan Kumar who was on waiting list, has been posted as new Moradabad SSP.

PAC commandant Agra, Poonam is the new Amroha SP, while Amroha SP Suniti has been shifted to DGP headquarters in Lucknow.

(The above story first appeared on LatestLY on Jun 15, 2021 09:58 AM IST. For more news and updates on politics, world, sports, entertainment and lifestyle, log on to our website latestly.com).