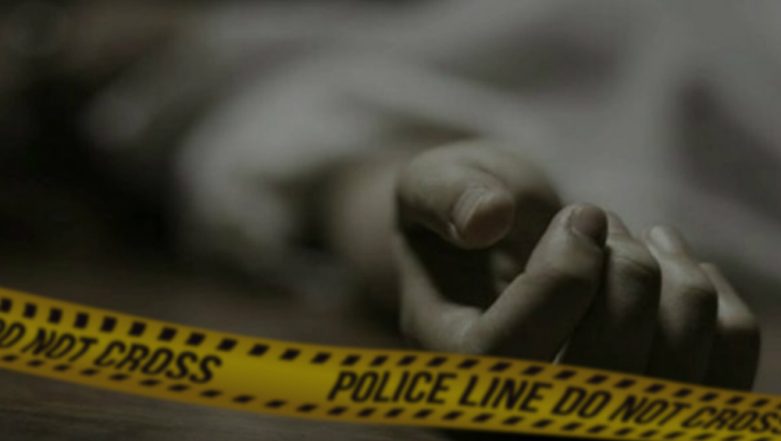 Moradabad, May 13: An Uttar Pradesh head constable allegedly shot himself with his service pistol inside a police vehicle in Moradabad on Monday. The constable, identified as Sanjeev Balian, is being treated at a hospital. The condition of the head constable is being said to be fragile. Meanwhile, the reason for taking this drastic step is not yet known. Delhi Police Head Constable Commits Suicide by Shooting Himself.

Superintendent of Police (SP) Ankit Mittal said, "reason behind suicide attempt not yet ascertained. Investigation underway." According to reports, Balian with other two cops was on duty. Around 5:30 pm in the evening, Balian was speaking on phone, when suddenly he shot himself. He was rushed to the hospital. Delhi Police Constable Posted at Secretariat 'Commits Suicide'.

Moradabad: A Head Constable shot himself from his service revolver inside a police vehicle while on duty earlier today; he is undergoing treatment at a hospital. SP City Ankit Mittal says, "reason behind suicide attempt not yet ascertained. Investigation underway" pic.twitter.com/1rImTzA7AM

In a similar incident on May 6, a Delhi police official shot himself dead with his service revolver in Harinagar. The deceased, identified as Satish, was reportedly sad after having a fight with his wife and was not able to resolve the issue. Cops believe it could be the reason for the extreme step, although the exact cause of alleged suicide is yet to be ascertained.