Uttar Pradesh: Patient Beaten to Death by Hospital Staff for Not Paying Bill

A daily wage labourer was allegedly beaten to death by the hospital staff following an argument over payment of bills on Thursday. The brazen attack was caught on a CCTV camera and the police are probing the incident. 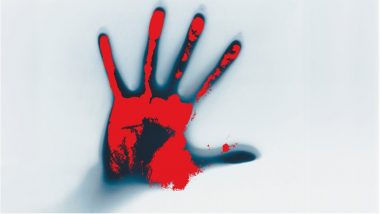 Aligarh (UP), July 3: A daily wage labourer was allegedly beaten to death by the hospital staff following an argument over payment of bills on Thursday. The brazen attack was caught on a CCTV camera and the police are probing the incident.

The victim, Sultan Khan, was allegedly attacked with sticks by the staff of the hospital in Quarsi bypass area on Thursday.

Khan had come to the hospital as he was facing difficulty in passing urine for the last several days. He was accompanied by his nephew Chaman.

Chaman asked for the treatment cost from the hospital staff before admission. Uttar Pradesh: Man Beaten to Death in Badaun District With Cricket Bat Over Family Dispute.

The hospital staff later told them that per day charges of the hospital would be around Rs 4,000-5,000.

"As we were unable to pay this amount, we asked the hospital to discharge him. When we came out of the hospital after making the payment of Rs 5,000, a staff approached us and demanded that we pay them Rs 4,000 more," Chaman said.

He said he pleaded with the staff to let them go but they started beating the victim.

Dr Danish Ali of the hospital, meanwhile, said that the patient had refused to pay the amount of Rs 4,000. "They attacked our staffer on this issue," he said.

The CCTV footage of the incident has been recovered by the police. The video footage purportedly shows that the staffer is going inside the hospital after clashing with the patient's relative and coming out with other workers armed with sticks. It also shows the attack on the patient, Khan.

The body of the deceased has been sent for post-mortem. "No FIR has been registered so far. We are probing the case," said inspector Chote Lal from Quarsi police station.

(The above story first appeared on LatestLY on Jul 03, 2020 09:45 AM IST. For more news and updates on politics, world, sports, entertainment and lifestyle, log on to our website latestly.com).