The Uttar Pradesh police has attached property worth Rs 1,848 crore belonging to gangsters as it also booked 43,294 criminals under the Gangster Act in the past four years. As many as 139 criminals were killed in police-criminal gunfight between March 20, 2017, to June 20, 2021. 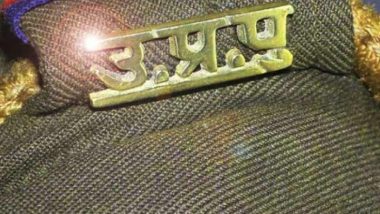 Lucknow,  Aug 11:  The Uttar Pradesh police has attached property worth Rs 1,848 crore belonging to gangsters as it also booked 43,294 criminals under the Gangster Act in the past four years.

Under provisions of the Gangster Act, property procured from crime proceeds can be attached by the police.

"We have arrested 160 members of this gang and registered FIRs against 121 others," he said.

Besides, the arms licences of 163 gang members were suspended and 110 others were booked under Gangsters Act, the ADG added.

In the crackdown against another jailed gangster, Atiq Ahmad, who is presently lodged in Sabarmati jail, action was taken against 65 members of his gang while property worth Rs 350 crore was confiscated.

Likewise, properties of 24 aides of gangster Kuntu Singh worth Rs 19 crore were confiscated, he added.

The ADG further said that the police followed up prosecution consistently to ensure life sentence for Sanjeev a.k.a. Jeeva of Muzaffarnagar, Babloo Srivastava of Lucknow, Sunder Bhati and Singhraj Bhati of Noida.

Besides, 549 other criminals were identified, and 221 FIRs registered against them. As many as 255 were arrested and NSA was invoked against seven.

(The above story first appeared on LatestLY on Aug 11, 2021 11:12 AM IST. For more news and updates on politics, world, sports, entertainment and lifestyle, log on to our website latestly.com).