The Yogi-led Government plans to operate 700 electric buses in 14 major cities of the state including Lucknow which will ensure the enhanced infrastructure of the local transport system. 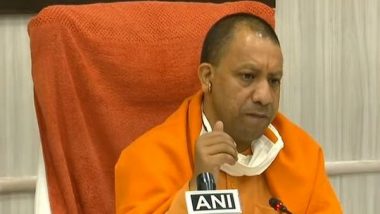 The Yogi-led Government plans to operate 700 electric buses in 14 major cities of the state including Lucknow which will ensure the enhanced infrastructure of the local transport system. For this, the work is being done at a rapid pace on behalf of the officials of the Urban Transport Directorate.

Earlier, the electric buses were plying on roads across seven cities but now the government intends to provide this service to seven more cities. Also, the government official said that more buses will be added to the fleet in the coming days and the routes will be upgraded to make buses run faster. Free COVID-19 Vaccination For Those Above 18 Years From May 1 in Uttar Pradesh, Announced By CM Yogi Adityanath.

CM Yogi stated that the operation of electric buses based on advanced technology will significantly improve the traffic system in 14 major cities of the state.

The Uttar Pradesh government has also issued strict instructions to prepare charging stations at all selected locations for the operation of electric buses by 30 April. It is been said that the Urban Transport Directorate, after getting approval from the Government of Uttar Pradesh, has started the work of making the government's plan successful by the end of November.

It is worth mentioning that under the Smart City Scheme, the Urban Transport Department has been given the responsibility to operate a pollution-free electric vehicle.

Ajit Singh, Joint Secretary, Urban Transport Directorate, said, “The work of providing 700 electric buses in 14 cities of UP will be completed by the end of October and passengers will get the facility of electric buses from the month of November.”

He also informed that all the buses will be ready by October and the process of their arrival will start from June. Yogi Adityanath Govt Welcomes Supreme Court Stay on Lockdown in Five Districts, Says ‘We Have To Think of Livelihoods Too’.

These Cities To Get Electric Buses:

These Cities To Get More Buses:

- Live Tracking Could Be Done