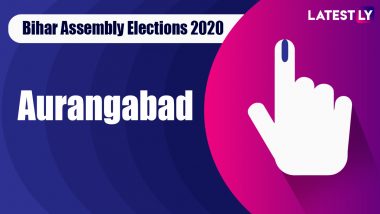 As per the Election Commission's schedule, the last date of filing nomination papers for seats going to polls in the first phase was October 8. Nominations were scrutinised on October 9. The last date for withdrawal was October 12. Here it may be noted that the Congress formed an alliance with the Rashtriya Janata Dal (RJD) and Left parties. Similarly, the BJP, the Janata Dal (United) and two regional parties contested polls together. Bihar Assembly Elections 2020 Dates And Schedule: Voting in 3 Phases on October 28, November 3 and 7, Poll Results on Nov 10.

(The above story first appeared on LatestLY on Nov 10, 2020 07:14 PM IST. For more news and updates on politics, world, sports, entertainment and lifestyle, log on to our website latestly.com).