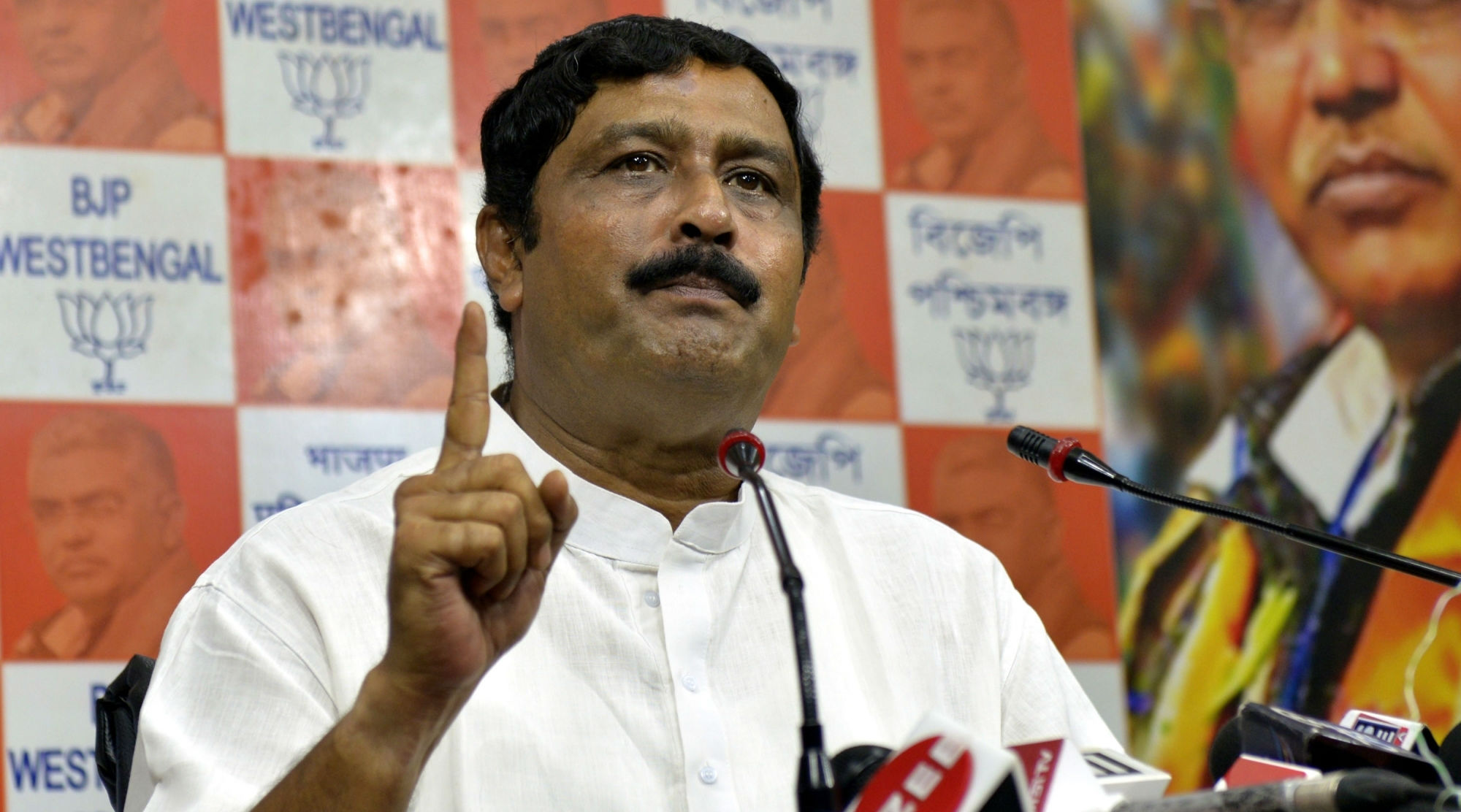 Kolkata, December 14: Accusing Bangladeshi Muslim infiltrators for being behind the ongoing mayhem and arson in several parts of West Bengal, BJP national secretary Rahul Sinha Saturday said the party will seek the imposition of President's Rule in the state if the situation continues. Sinha blamed Chief Minister Mamata Banerjee for her "appeasement policies", which, he claimed, has led to the current situation in West Bengal. Anti-CAB Protests Turn Violent in West Bengal, 5 Empty Trains Set on Fire in Murshidabad District.

"We(BJP) never support President's Rule. But if such anarchy continues in West Bengal, we will be left with no option but to seek President's Rule in the state. The TMC government is just a mute spectator when the entire state is burning," Sinha told reporters here.

Slamming Banerjee for not taking tough action against the miscreants, Sinha said she had herself instigated the mob through her statements. He said, "Bangladeshi Muslim infiltrators are behind the violence and not the peace-loving Muslim community here. The Muslim community of Bengal should be alert that its name is not tarnished by the rioters."

Referring to Banerjee's warning to those destroying public property, the BJP leader said "She is issuing routine statement after seeing the conduct of her brothers."

BJP has in the past often charged Banerjee of appeasing Muslims for votes. BJP state President Dilip Ghosh said "The CM had encouraged this politics of destroying public property when she was in the opposition.

"Now her own policy of appeasement, her past conduct has backfired on her as the situation in Bengal is turning dangerous. She has lost control over the situation," he said.

Senior TMC leader and Kolkata Mayor Firhad Hakim condemned the incidents of violence and said it will only help BJP in polarising the people of the state.