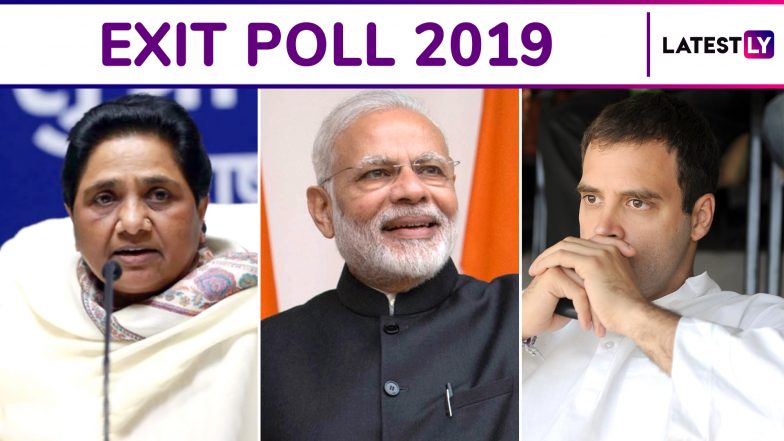 Narendra Modi as the Prime Minister of India is here to stay. Though the exit poll predictions for Lok Sabha Elections 2019 may or may not be trusted by the political parties, they do give a direction on what to expect on May 23. If we take the bigger picture into consideration and go by the poll of polls, it is clear that the BJP-led NDA coalition government is getting close to, or even more than 300 seats while the UPA seats may shoot up marginally to 120-126, followed by the regional parties’ tally of a little over 100. Let us take a quick look at the key takeaways of these exit polls: Exit Poll Results By All Channels For Lok Sabha Elections 2019.

The Modi Wave is Intact

Almost every election post-Narendra Modi assuming the Prime Minister’s office has been fought on his name. If the outcome of the exit polls is to be believed, the wave surrounding his name is still existent in the country. With most exit polls predicting a majority for the NDA, it becomes clear that BJP and its allies benefit by projecting Narendra Modi as their leader. It is an interesting development as local issues take a back seat with the voters polling for a particular individual. Even as most of the BJP veterans did not fight the election this year, it so seems, that this factor hasn’t hurt the party, thanks to the Modi wave. The opposition, on the other hand, did not have a face in these elections and that may come back to haunt them. Exit Polls 2019: BJP Expects Better Results Than Predictions, Congress Says 'Will Surprise on May 23'.

Watch: What All Exit Polls Have Predicted

No Solid Third Front in India Yet

The numerous trips Andhra Pradesh Chief Minister N Chandrababu Naidu made to Delhi and other state capitals to meet key opposition figures seem to be pointless at the moment. The Republic TV-C Voter survey gives the third front 127, News 24 – Chanakya has them at 133 while Times Now-VMR puts them below 100. Gone are the days of the late nineties where these regional parties could stick cohesively to come up with a governance agenda. It now looks clear that a major chunk of these parties may opt for NDA to support their Government at the Centre.

Rahul Gandhi and his Congress party had just won Assembly Elections in Chhattisgarh, Rajasthan and Madhya Pradesh. They also had the anti-incumbency factor to ramp up their opposition against Narendra Modi with issues like the Rafale deal and demonetisation. But with most exit polls predicting the UPA seats between 70 and 125, it looks like an opportunity lost. What is appalling for the Congress is that in straight contests between itself and the BJP, it is the saffron party that is on the ascendency.

Most pollsters were sceptical about the BJP’s prospects in Uttar Pradesh in the 2019 polls. The scepticism, the doubt, remains as exit polls have not been able to give out a clear picture of the state. The key factor in BJP getting a massive mandate in the 2014 General Election was its showing in Uttar Pradesh where NDA won 73 out of the 80 seats. But in 2019, the picture seems to have changed with some exit polls predicting a poor showing by the NDA, but others saying it has little to lose. While ABP-Nielsen has come up with a shocking figure of 22 for the BJP alliance, Republic – Cvoter sees them doing marginally better at 38. On the other hand, the India Today-Axis My India exit poll has projected 62-68 seats for the BJP. These numbers have kept the poll pundits guessing on the final results of Uttar Pradesh.

These were some of the key points coming out of the exit polls, but these certainly do not represent the final picture. The results on May 23 will decide how the politics shape up and there will be plenty of time for that post the results.