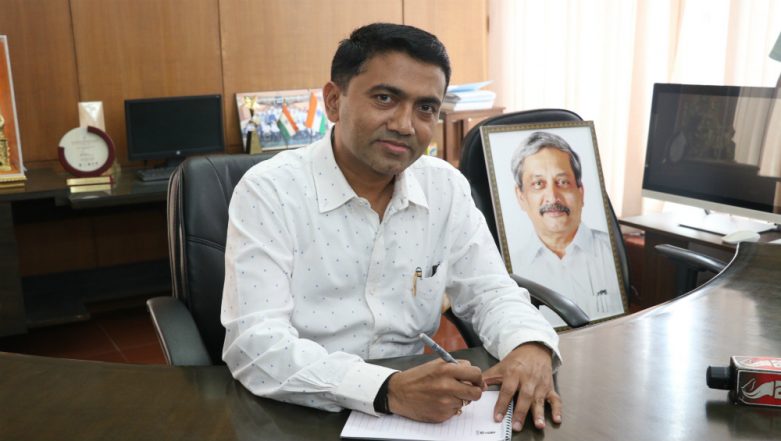 Panaji, May 3: One cannot criticise the country in the name of freedom of speech and those who want to celebrate Pakistan can go there, Chief Minister Pramod Sawant said on Friday. Speaking at a media event in the state capital, Sawant said that living in India and then abusing the country cannot be considered as freedom of speech. Lok Sabha Elections 2019: Complaint Filed Against Goa CM Pramod Sawant for Violating Election Code of Conduct.

He said: "Those who complain and say that freedom of speech in India is in danger now, should be reminded of excesses of state power during the Emergency era of the 1970s."

"You cannot criticise the country in the name of freedom of speech. If you live in this country and abuse this, it will not be accepted. It cannot be considered freedom of speech. Those who want to celebrate Pakistan, go to Pakistan. Do not stay in India," Sawant said at the function held in Panaji on Friday.

"Some speak about freedom of speech now. It is important to remember that during the Emergency, forget about writing, there was a ban on speaking publicly too," Sawant said. Model Code Of Conduct And Lok Sabha Elections 2019: Are All Political Parties Blatantly Disrespecting Aachar Sanhita?.

"Journalism was started in this country keeping the independence of the country in mind. Some people have forgotten this. It is necessary, that those who raise the issue of freedom of speech should remember this," Sawant said.