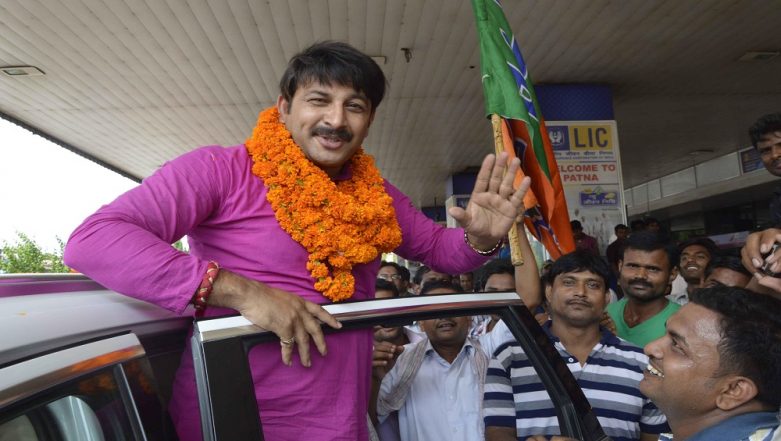 New Delhi, May 11: Ahead of polling on all seven parliamentary constituencies in Delhi on Sunday, the candidates on Saturday started their day by visiting places of worship, relaxed a bit with their family members and were also busy in fine-tuning their final booth-level preparations. BJP's East Delhi candidate Gautam Gambhir, who is locked in a close battle against Aam Aadmi Party's Atishi and Congress's Arvinder Singh Lovely, visited Bangla Sahib Gurudwara in the morning and later offered prayers at a Hanuman temple.

The cricketer-turned-politician also held meetings with party workers before spending time with his kids and family members. He will vote on Sunday at Swami Dayanand Government Sarvodaya Vidyalaya polling station in Old Rajendra Nagar. Like Gambhir, other candidates started their day by visiting places of worship and meeting activists and workers. Lok Sabha Elections 2019: Delhi BJP Has Most Candidates With Criminal Cases.

Delhi BJP chief Manoj Tiwari offered 'puja' at his residence and later visited some temples. He shared his experience of the holistic election campaign for all BJP candidates. Tiwari, who is seeking his second consecutive term from North East Delhi, also held a press conference and officiated party meetings on booth-level management. He will vote at Rajkiya Kanya Uchya Madhvik Vidhayalay-1 C1 in Yamuna Vihar.

Delhi Congress chief and former Delhi Chief Minister Sheila Dikshit, who is contesting against Tiwari, met Election Commission officials and complained about voters' slips not in many areas of the North East Deli Lok Sabha seat. She held a series of meetings with RWA presidents and pradhans of the villages in North East Delhi. She will cast her vote at a polling centre in Nizamuddin East.

BJP's North West Delhi candidate Hans Raj Hans also visited temples and prayed for re-elction of the Modi governmant at the Centre and held meetings with party workers in his constituency. Former Delhi Congress chief Ajay Maken met booth-level workers in his constituency. He also had an interaction with the media and later spent time with family members. He will vote at Sheela Kid'S School in Rajouri Garden.

Meenakshi Lekhi, who is seeking her second consecutive term, is pitted against Maken in New Delhi. Lekhi spent most of the time at her home and met party workers who visited her. She also intercated with media persons. Another Congress candidate from West Delhi Mahabal Mishra, who is contesting against BJP's Pravesh Verma, organised 'Sundarkand puja' at his residence. He also held meetings with party workers and took stock of the booth-level preparedness.

AAP's South Delhi candidate Raghav Chadha visited Mehrauli's ancient Sidhpeeth Yogmaya temple to pray for his victory. He also made his way to Dargah Hazrat Khwaja Qutubuddin Bakhtiyar where he offered a chaddar.

The family members and the assosiates of the candidates told IANS that it was not a much hectic day for them as it was during campaigning days when they were busy campagning, addressing election rallies and meeting party workers till midnight.