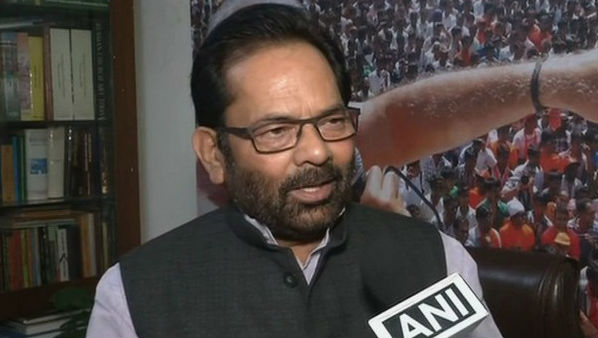 "Mamata Banerjee is the chief minister of West Bengal and not the leader of the entire country. At least she should understand her constitutional duties," Naqvi said. Earlier in the day, Banerjee said she will not participate in the Central government's upcoming meeting on NPR which is scheduled for January 17 in the national capital. West Bengal Will Have to Implement CAA as It Was Passed by Parliament, Says Mukhtar Abbas Naqvi.

On being asked about JNU Students' Union president Aishe Ghosh comment on the government where she said somewhere the government started from Kashmir that our Constitution is snatched from us, the leader said: "Student movement is a good thing but it should not be made into an anarchist movement.

"After the Congress questioned the arrest of Deputy Superintendent of Jammu and Kashmir Police Davinder Singh along with two Hizbul Mujahideen terrorists, the minister said, "This is the same Congress party that used to cry at the death of Osama bin Laden. Congress party always supports terrorist leaders and their activities. They are the voice of Pakistan."