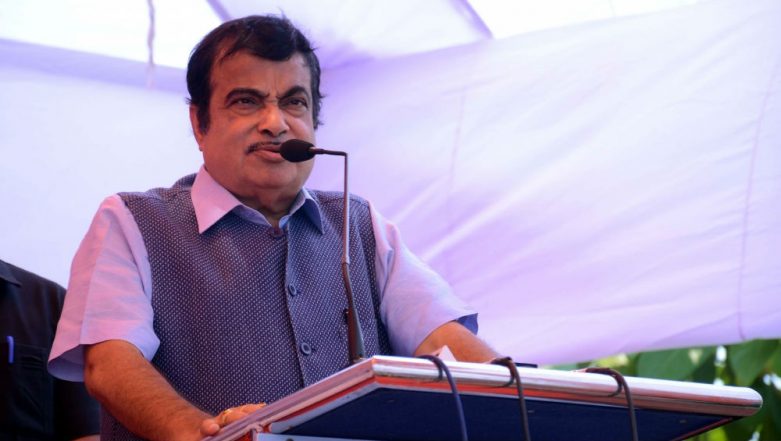 Mumbai, September 9: In the wake of growing concerns over hefty fines for traffic violations, Union Minister Nitin Gadkari on Monday said that he has been fined for over-speeding on the Bandra-Worli sea link in Mumbai. Gadkari was addressing a press conference here on the completion of 100 days of the Prime Minister Narendra Modi-led government at the Centre. Vehicle Insurance Premium Will Soon Depend on Number of Accidents And Traffic Violations.

"People are complaining about the higher penalties, even I have been fined for over speeding on the Bandra-Worli sea link in Mumbai, as the car was registered under my name," Union Minister for Road, Transport and Highways told the media while speaking about the amended Motor Vehicle Act (MVA), He stated that the hefty fines are being levied to keep the people safe. "This will lead to transparency, discipline and reduce the accident cases. The road contractor and vehicle manufacturers will also be fined under this act," Gadkari said.

Raising concern over the vehicular accidents, Gadkari said that the government has identified black spots on the National Highway and Rs 1,2000 crores will be spent to improve them. Last month, the Ministry of Road Transport and Highways had notified the provisions of the Motor Vehicles (Amendment) Act, 2019, and they were implemented in several states from September 1. Gurugram Traffic Police Imposes Rs 59,000 Fine on Trolley Driver for Drunken Driving Under Motor Vehicles (Amendment) Act 2019, Cops in Bhubaneswar and Bengaluru Follow Suit.

The law enforces heavy fines and stricter penalties for traffic violations.The Union Minister highlighted that criminalisation of instant triple talaq, revocation of the provisions under Article 370 were some of the major decisions taken by the Modi government after coming to power for the second consecutive term.

"Our government has good support from the people across the nation. The new government had started working immediately after taking over," Gadkari said. Alluding to the abolition of the special status accorded to Jammu and Kashmir, he said that it will pave the way for its development. "We have granted funds to the panchayat in Jammu and Kashmir. My ministry is doing Rs 60, 000 crore work there." the Union Minister added.