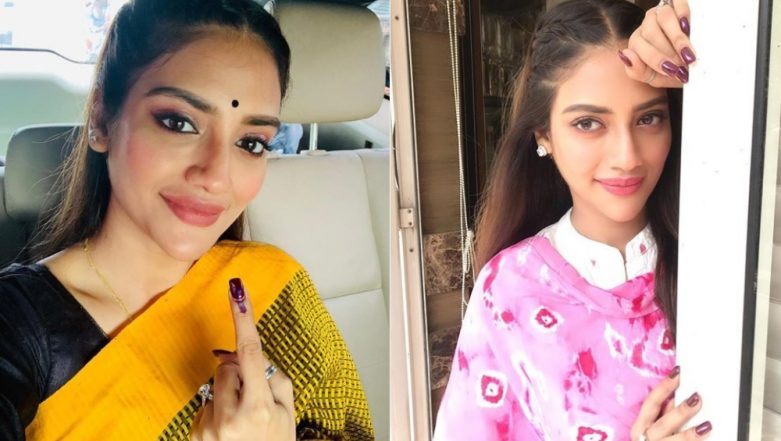 Kolkata, May 19: Amid cases of violence in Barasat during the Phase 7 of Lok Sabha Elections 2019, Basirhat Trinamool Congress star candidate actor-turned-politician Nusrat Jahan exercised her democratic rights on Sunday. She cast her vote and appealed people to do so.

Sharing the image of an inked finger on her Instagram page, she wrote, "Lets celebrate the biggest festival of democracy. Every Vote is important - Go out & exercise your right to Vote. Vote responsibly." BJP's West Bengal Office Vandalised in Barasat by Miscreants Amid Lok Sabha Elections 2019, TMC Workers Accused

Lets celebrate the biggest festival of democracy. Every Vote is important - Go out & exercise your right to Vote. Vote responsibly.

Earlier, reports arrived that BJP camp office in Kadampukur area of Barasat constituency has been vandalised on Sunday morning. The BJP had blamed Trinamool Congress for the attack, while no TMC has been denying it.

Also, reports of throwing bombs arrived from Bhatpada Assembly constituency, where vehicles have been set on fire. In Kolkata, TMC councillor Subhash Bose has been detained. Adding on, TMC Kolkata South Candidate Mala Roy alleged that central forces prevented her from entering the polling booth.