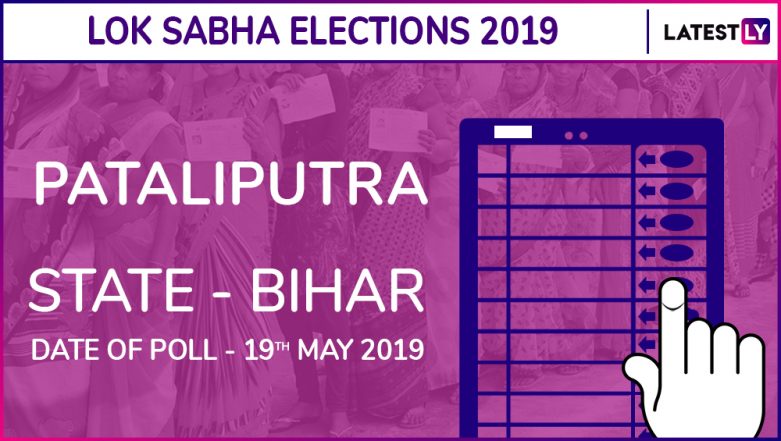 Election Commission has declared the final results of Patliputra Lok Sabha constituency. Ram Kripal Yadav of the BJP has been named the winner. The seat went to polls on May 19, in the seventh phase of the general elections 2019. The constituency recorded a voter turnout of 57 per cent. Lok Sabha Elections 2019 Results LIVE News Updates: Check Tally of BJP, Congress, Others.

Notification for the polls in Pataliputra, along with the other constituencies set to be contested in phase-7, was issued by the Election Commission of India (ECI) on April 22. The candidates will be allowed to file their nominations by April 29. The Mahagathbandhan has re-fielded Misa Bharti, the daughter of RJD supremo Lalu Prasad, who unsuccessfully contested from the seat in 2014. The National Democratic Alliance has given the ticket to the current BJP MP Ram Kripal Yadav.

In the 2014 general elections, the seat was won by Ram Kripal Yadav with a margin of nearly 41,000 votes against his nearest RJD rival Misa Bharti.

Will the BJP retain the seat? Answer would known on May 23, when the results of the Lok Sabha elections 2019 will be declared by the Election Commission. Apart from the overall results, pollsters are intrigued by the outcome in Bihar, as the state - with 40 MPs - plays a critical role in deciding who forms the next central government.