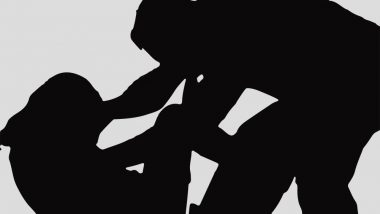 Mumbai, September 5: In a shocking case of mistaken identity, an engineer was attacked with a knife by a stranger outside a playground in Bandra, according to a report on Times of India. The victim needs 15 stitches to his left cheek after the accused Sahil Shaikh attacked him with a knife. Another Dalit Attack: Minor Boy Brutally Beaten for Wearing a Rajput Shoe in Gujarat, Video Goes Viral!

However, the culprit realised that he has attacked the wrong man when he turned back to look at his face and he fled from the spot, throwing the knife on the floor. Shaikh reportedly said that the intention behind the attack was because he wanted to seek revenge against some locals who had assaulted him for no fault of his.

This was a revenge plan hatched by Shaikh. Bandra police solved the case within 2 hours and immediately arrested Shaikh. The victim was rushed to Leelavati Hospital where he underwent a surgery for the laceration on his cheek. His condition is stable, after getting 15 stitches for the cut. CCTV grabs helped police to track Shaikh, who regrets attacking the wrong man.

(The above story first appeared on LatestLY on Sep 05, 2018 12:44 PM IST. For more news and updates on politics, world, sports, entertainment and lifestyle, log on to our website latestly.com).