The workers of spinning mills in western Tamil Nadu are in distress and facing difficulties as the mills in these areas are closed down for the past several days in protest to the rising cotton prices. 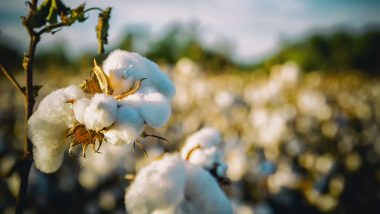 Chennai, May 27: The workers of spinning mills in western Tamil Nadu are in distress and facing difficulties as the mills in these areas are closed down for the past several days in protest to the rising cotton prices.

The power looms and spinning mills are on indefinite strike due to the rising cotton prices even after waiving of import duty for cotton by 11 per cent. Textile units in Erode, Tirupur and Karur have downed their shutters in protest of the rising prices of cotton yarn.  Tamil Nadu: Tirupur Dairy Farmers Affected As Hiked Cotton Price Raises Price of Cattle Feed

The workers in power looms are on duty for a stretch of ten hours a day but are paid only between Rs 500 to 600 per day. Technicians and fitters who work on the machines are paid anywhere between Rs 700 to Rs 750 and in most cases, these skilled workers take advances from the loom companies which pushes them in a sort of bondage.

K. Sunil Kumar who is working as a technician in a power loom said, "The units are closed since the past week and I used to get wages of around Rs 5,100 per week but with the closing down of the looms, I will be forced to take an advance from the company."

Several workers who are employed in the textile units of western Tamil Nadu are planning to go back to their hometowns as they are in dire straits following the shutting down of the units for more than one week.

Karuppanan (48), a worker in a textile unit at Erode while speaking to IANS said, "My financial situation is precarious after one week closure of the textile factory where I am working. I was slowly recovering financially after the pandemic and the lockdown dealt a heavy blow to my financial situation. This has affected me and if the issue is not sorted out in a couple of days, I am definitely going back to my village and doing farm jobs to support my family."

However, some spinning mills have given work to the labourers for maintaining the mills and other works to keep them engaged but are paying the workers usual wages.

Vijayarajan (32), a worker with a spinning mill in Karur, while speaking to IANS said, "The owner of the mill, where I work, has asked all the workers to conduct maintenance work of the factory including painting of premises and other minor works and we are being paid according to our weekly wages. We are comfortable but we want the strike to end immediately and the mills function normally so that we are back to our routine work."

In support of the striking power loom and spinning mills, surgical dressing manufacturing industry of Virudhunagar has also commenced a strike from May 25.

The president of the Surgical Dressing Manufacturing Association of Virudhunagar, N. Senthilraj told IANS, "5000 power looms across the district are closed down, affecting jobs of the workers there. Other than that the strike will also affect the medical industry." The state and the Central governments must regulate the price hike, he added.

(The above story first appeared on LatestLY on May 27, 2022 09:23 AM IST. For more news and updates on politics, world, sports, entertainment and lifestyle, log on to our website latestly.com).